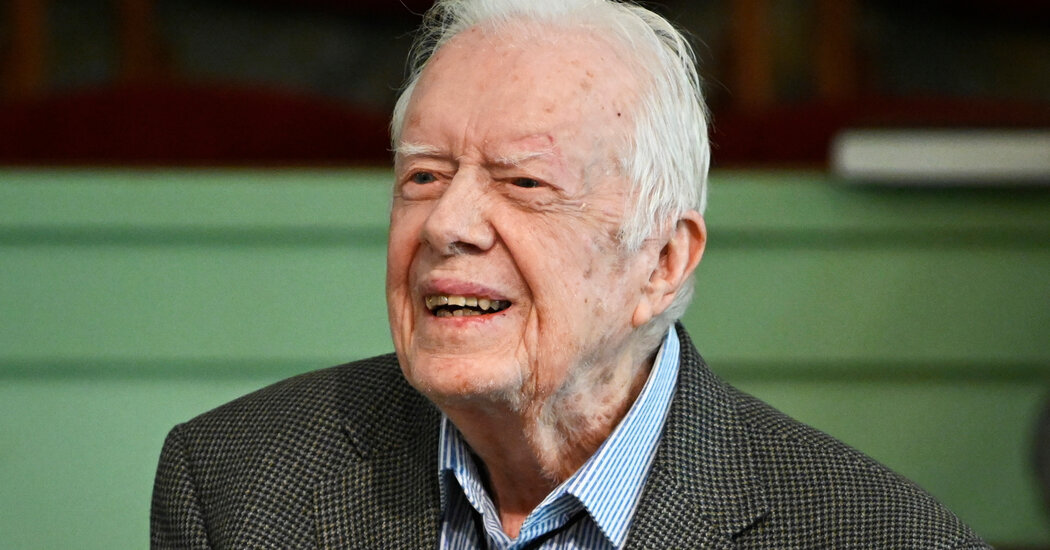 It’s a familiar line in Texas political circles: The last time Democrats carried the state in a presidential race was when Jimmy Carter won in 1976. Now, at 96, the man who accomplished that feat is lending his name to a fund-raising appeal to help his party possibly flip as many as 10 congressional seats in the Lone Star State.

“We have a chance to turn Texas blue,” the 39th president says in an emailed pitch on behalf of the Democratic Congressional Campaign Committee. “In just four days, we have a chance to do something that hasn’t been done since I won the presidency.”

Although the former president’s message is tailored to congressional races, state Democratic officials say the support of a revered former leader reminiscent of the party’s better days in Texas can boost momentum overall. In 1976, running at a time when Democrats were then the party in power in Texas, the former Georgia governor defeated then-President Gerald Ford with a little more than 51 percent of the vote in Texas.