Blog | Alphhainc
Home US Donald Trump Jr. said virus deaths had fallen to ‘almost nothing’ as... 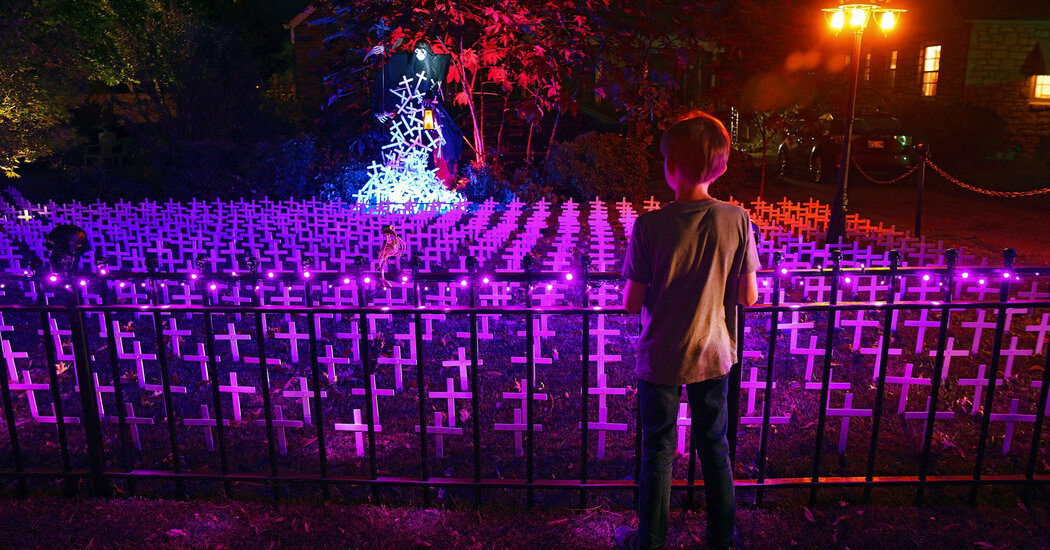 Donald Trump Jr., echoing his father’s inaccurate claim that the country is turning the corner in fighting the pandemic, said on Thursday night that deaths had dropped to “almost nothing,” as the nation reported 1,004 deaths from the coronavirus in one day during a record-breaking surge in cases.

“I went through the C.D.C. data, because I kept hearing about new infections, but I was like, ‘Well, why aren’t they talking about this?’ ” Mr. Trump said in an interview with the Fox News host Laura Ingraham, a longtime Trump ally. “Oh, because the number is almost nothing. Because we’ve gotten control of this thing, we understand how it works. They have the therapeutics to be able to deal with this.”

As Ms. Ingraham shook her head in agreement, he repeated: “It’s gone to almost nothing.”

While some treatments, including the kinds of therapeutics and steroids used on his father, have improved the likelihood of survival for those who are able to obtain them, Mr. Trump’s claims were deeply misleading and perpetuate a dismissive view of the virus widely condemned in the public health community.

The elder Trump echoed his son on Twitter Friday morning, writing that deaths from the virus are “WAY DOWN.”

They aren’t. Over the past two weeks, daily fatalities have increased 16 percent nationwide. They just broke 1,000 two days in a row, for the first time in nearly two months. Deaths reached their peak in early April, when more than 2,000 people in the United States were dying of the virus each day, but after falling to about 500 per day in July, deaths climbed back up as states lifted restrictions.

In the past two weeks, more than 12,000 people have died of the virus in the United States, sending the official death count, which many health experts say is well below the true toll, past 228,000.

At a rally in Tampa, Fla., President Trump said once again that the country was “turning the corner” on the virus and repeated his misleading claim that a vaccine would be widely distributed in a matter of weeks.

In fact, nine states set new one-day case records on Thursday, as did the nation, recording more than 90,000 cases for the first time.