Blog | Alphhainc
Home US Many Americans who did not vote in 2016 plan to skip the... 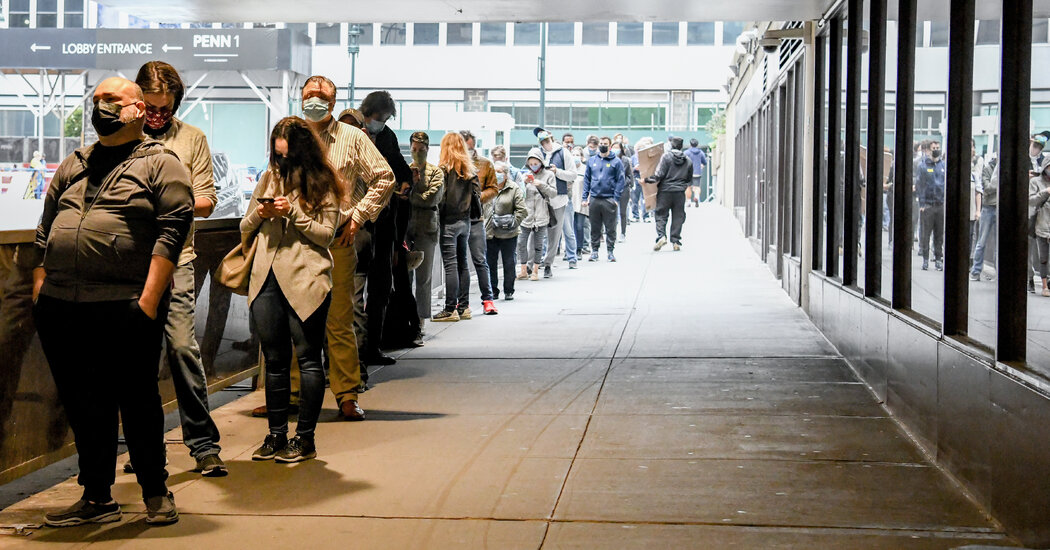 As the presidential campaign begins its final week, early voting is shattering records, and some experts are predicting the highest turnout in decades. But if history is any indication, a significant portion of Americans will not participate, a signal of distrust and disillusionment with the political system that spans the partisan divide.

Voting is fundamentally an act of hope. But since the 1960s, between a third and a half of eligible voters have stayed home during presidential elections, giving America one of the lowest rates of national-election participation in the developed world.

Since the early 1900s, the high point for presidential turnout was in 1960, when 64 percent of eligible adults voted, according to the United States Elections Project, which tracks voting data back to 1789. Most recently, the highest peak was in 2008, when 62 percent turned out.

An analysis of Census Bureau survey data from the 2016 election shows a deep class divide: Americans who did not vote were more likely to be poor or unemployed, less likely to have college degrees, and more likely to be single parents compared to people who voted.

Not voting has been a feature of the American political landscape for decades. But with razor-slim margins in a number of swing states in 2016, nonvoters have taken on an outsize importance. For instance, in Pennsylvania, more than 3.5 million eligible voters in the state did not cast ballots for president in the 2016 election, a number that dwarfed Mr. Trump’s 44,000-vote margin of victory.

Keyana Fedrick of East Stroudsburg, Pa., in the northeast part of the state, sat out the 2016 elections and plans to again this year. She said not voting is something that she and a friend have started to hide from people they know.

“We said we’re just going to lie, like, ‘Oh yeah, I voted,’” said Ms. Fedrick, 31, who works two jobs, at a hotel and a department store, and said she did not trust Democrats or Republicans. “I don’t feel like getting crucified for what I think.”