Blog | Alphhainc
Home US Democrats in many races are moderates. Republicans are casting them as radicals. 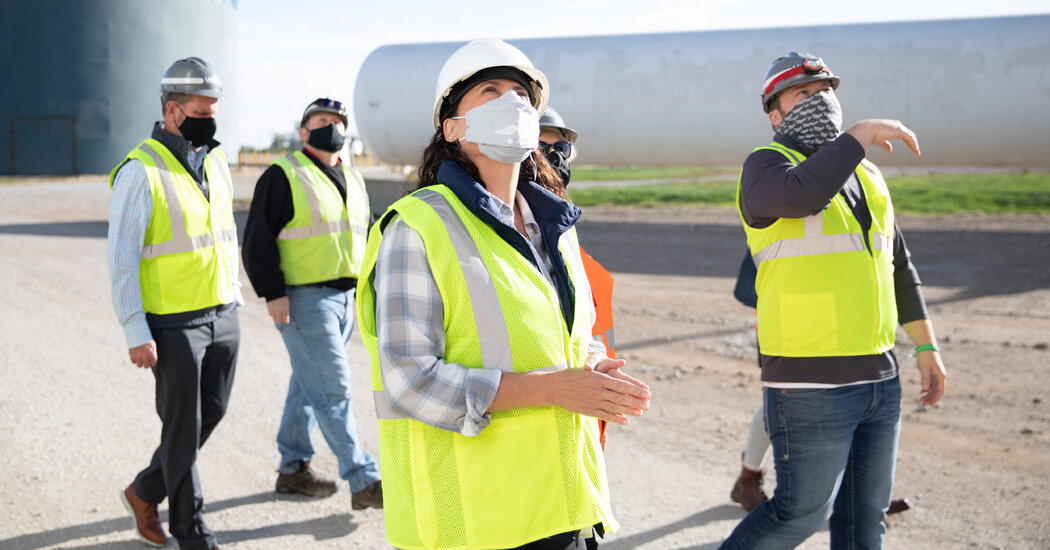 With about a week until Election Day, labeling opponents as radicals has become the closing message for Republicans in tight races around the country. While Democrats have focused on health care access and getting the coronavirus pandemic under control, most Republicans have settled on a message of grievance — that Democratic governance would bring socialism and left-wing extremism.

Like Democratic candidates for the Senate in Georgia, North Carolina, South Carolina and Texas, Theresa Greenfield of Iowa has balked at progressive issues like single-payer health insurance, adding seats to the Supreme Court and defunding the police.

On a recent tour of Southeast Iowa, she talked about expanding job training programs and health care coverage through a public insurance option. She criticized Democrats for not prioritizing an infrastructure bill and vocational education.

She has rejected the Green New Deal, the expansive piece of climate legislation backed by two progressive lawmakers, Senator Bernie Sanders of Vermont and Representative Alexandria Ocasio-Cortez of New York.

But that has not stopped her opponent, the Republican incumbent Joni Ernst, from casting her as a secret socialist, or someone who will become one once in Washington.

When Ms. Ocasio-Cortez mentioned the Iowa race on Sunday in an interview with CNN, Ms. Ernst’s campaign immediately sought to weaponize the comment.

“Theresa Greenfield is a liberal who has the full support of Congresswoman Alexandria Ocasio-Cortez, the author of the Green New Deal,” a spokesman for Ms. Ernst, Brendan Conley, said in a statement. “Theresa Greenfield supports extreme new environmental rules that would kill American jobs and hurt Iowa farmers, making clear that Greenfield is perfect for New York or California, but wrong for Iowa.”

The Republican strategy was also on display during a recent debate. At times, Ms. Ernst focused on her record, trying to project the strength of an incumbent front-runner. At other times, she accused Ms. Greenfield of calling police officers “racist” and supporting “Medicare for all,” which led to some pointed exchanges in which the candidates talked over each other.

“I don’t support Medicare for all, but I do support strengthening and enhancing the Affordable Care Act,” Ms. Greenfield said.