Blog | Alphhainc
Home US After breakneck process, Amy Coney Barrett is set to be confirmed to... 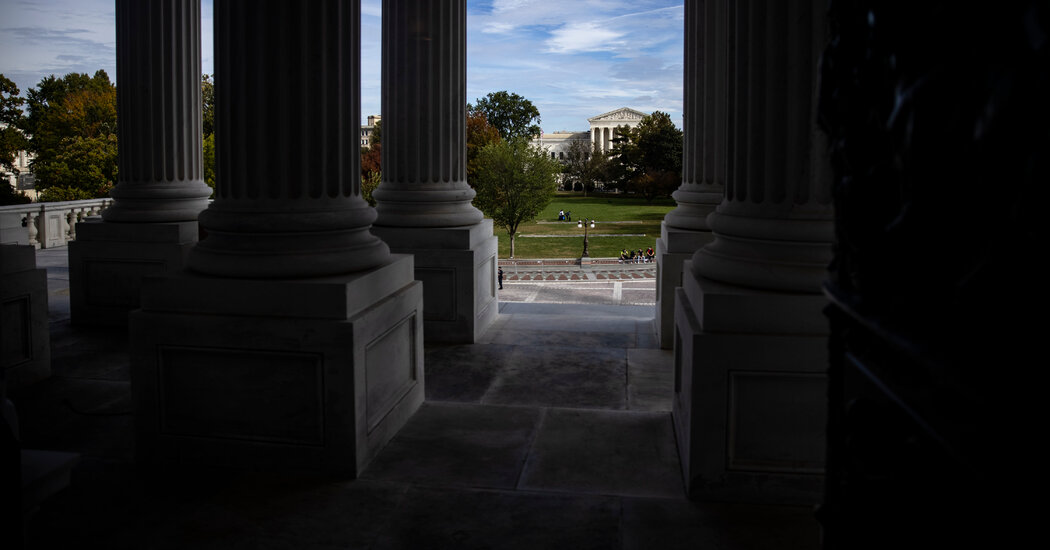 The Senate was poised on Monday to confirm Judge Amy Coney Barrett, a conservative appeals court judge and protégé of former Justice Antonin Scalia, to the Supreme Court, handing President Trump a coveted achievement just eight days before the election.

Sharply divided along party lines, senators debated through the night Sunday into Monday and were expected to fight right up to 7:30 p.m. when the vote is scheduled to take place. All but one Republican, Susan Collins of Maine, planned to vote in favor of Judge Barrett.

Democrats are united in opposition, as much for policy reasons as the decision to fill the seat at all so close to an election. Republicans outright refused to do so in 2016 when a vacancy opened under a Democratic president because, they argued, voters should have a say.

A jubilant White House planned to hold a swearing in event shortly after the vote Monday night to try to give a boost to the president’s flagging re-election campaign. It was a remarkable choice after a similar, albeit larger, event announcing the nominee one month ago to the day turned into a coronavirus superspreader event. And it underscored just how thoroughly election politics had buffeted the nomination.

Republicans had profound reasons to celebrate. Judge Barrett, 48, was Mr. Trump’s third nominee to the Supreme Court, but spread out beneath her are 162 new district court judges and 53 appeals court judges, roughly a third of the entire federal appellate bench. Together, they could alter the nation long after Mr. Trump leaves office, putting a conservative imprint on everything from the right to an abortion, same-sex marriage and the vote, to corporate power and the ability of government to regulate the environment.

Judge Barrett’s impact on the court may be felt uncommonly quickly once she is confirmed. There are three major election disputes awaiting immediate action by the Supreme Court from the battleground states of Wisconsin, North Carolina and Pennsylvania. Each concerns the date by which absentee ballots may be accepted.

Then in November, she will begin hearing cases on the Affordable Care Act, the rights of same-sex couples, Mr. Trump’s immigration plans and, potentially, any legal challenges arising out of the election results.

Senator Mitt Romney, Republican of Utah and the party’s 2012 presidential nominee, said Judge Barrett’s confirmation was vital to maintaining public trust in one of the few American institutions that still enjoys any.

“She is a woman of unquestionable character and integrity, the presence of which is essential to our nation as the confidence of the Court itself is in balance,” he said in a speech on the Senate floor. “I will be honored to vote to confirm her nomination.”

The vote comes a day after Democrats unsuccessfully tried to filibuster the nomination to protest a decision they say should be left to the winner of the presidential election. Their anger rose, and with it grew suggestions from Democrats that they would take dramatic measures, such as adding additional justices to the court, if they reclaimed the Senate and the presidency.

“They expect that they’re going to be able to break the rules with impunity and when the shoe maybe is on the other foot, nothing’s going to happen,” Senator Angus King, a Maine independent who votes with Democrats, said of the Republicans. Republican leaders argue there is no inconsistency: now, unlike in 2016, the same party controls both the White House and the Senate.

Democrats argue the addition of Judge Barrett to the court would threaten legal abortion and protections for millions of Americans under the Affordable Care Act.

“A vote for Barrett is a vote to strip health care from millions of people. It’s a vote to turn back the clock on reproductive freedom,” said Senator Elizabeth Warren, Democrat of Massachusetts. “To endanger Dreamers and immigrants. To let climate change rampage unchecked. To imperil efforts to address systemic racism. To place workers’ rights, voting rights, L.G.B.T.Q. rights, and gun violence prevention at risk.”

Republicans, frustrated by their belief that Judge Barrett’s qualifications had gotten short shrift for weeks, touted her as an icon in the making for conservative women and a judge who would do right by the country.

“In a less political time than we find ourselves today,” Senator Thom Tillis of North Carolina lamented, “I suspect she would have the unanimous support of this body.”

Exercise 11 Minutes a Day for a Longer Life