Blog | Alphhainc
Home US A second investigation is opened into Pompeo’s political activities. 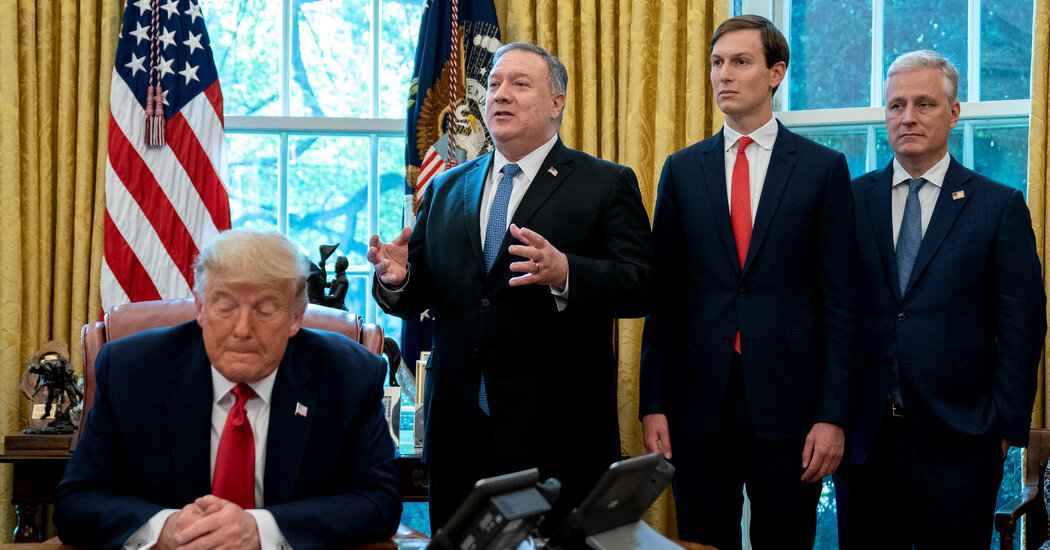 The Office of the U.S. Special Counsel has opened a second investigation into whether Secretary of State Mike Pompeo violated federal laws by helping President Trump’s campaign in his official duties — including by speaking to the Republican National Convention while on a diplomatic trip to Jerusalem.

One week ago, the independent group American Oversight cited a special counsel investigator who confirmed a separate inquiry into Mr. Pompeo’s pledge to release any additional Hillary Clinton emails that might remain at the State Department, as Mr. Trump has demanded.

At issue in both cases is whether the country’s chief diplomat violated the Hatch Act, a law that bans political activity in the federal workplace. Investigating potential Hatch Act violations is one of the four primary responsibilities of the Office of the U.S. Special Counsel.

“As we get closer to both this year’s election and his own inevitable return to electoral politics, Mike Pompeo has grown even more brazen in misusing the State Department and the taxpayer dollars that fund it as vehicles for the administration’s, and his own, political ambitions,” Mr. Engel, the House Foreign Affairs Committee’s chairman, and Ms. Lowey, who chairs the Appropriations Committee, wrote in a statement on Monday.

They said the State Department has either withheld or delayed necessary documents the committees have demanded for its own investigations into whether Mr. Pompeo’s speeches to conservative audiences in Florida, Iowa and elsewhere amount to improper political activity.

Mr. Pompeo is widely believed to be courting support for his own political ambitions — including a potential presidential run in 2024 — as well as urging Americans to vote as he extols Trump administration policies.

For nearly a year, Democrats in Congress have accused Mr. Pompeo of using taxpayer-funded government aircraft for speeches in political bellwether states and hosting receptions at the State Department for potential donors and Republican influencers. In January, the Office of Special Counsel, reported that it found no evidence that Mr. Pompeo acted improperly while exploring a Senate run from Kansas last year.

The State Department did not immediately respond to a request for comment on Monday.