Blog | Alphhainc
Home US Eleven people were arrested in a fracas at a ‘Jews for Trump’... 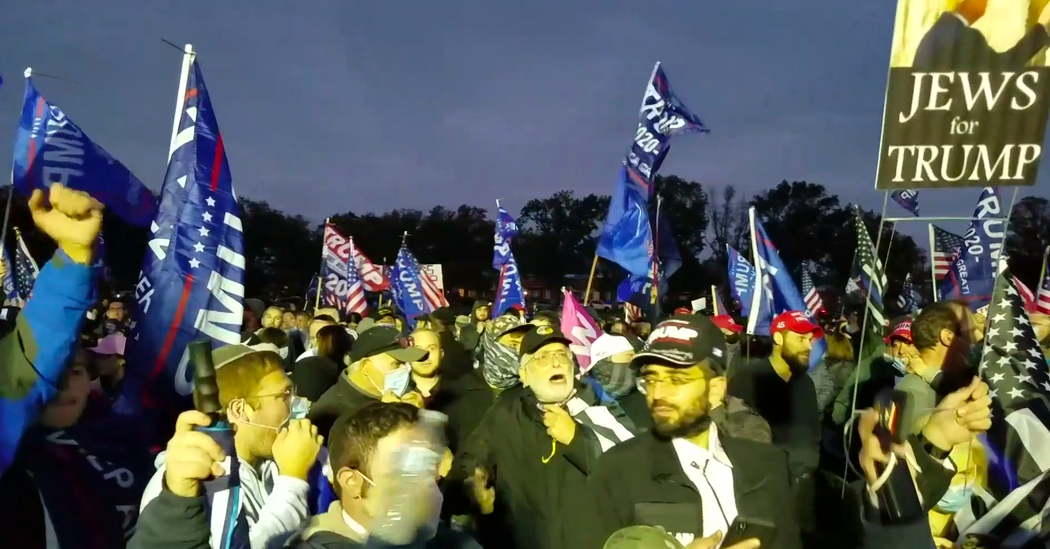 Political tensions over the election escalated on New York City’s streets on Sunday as supporters of President Trump clashed with counterprotesters during a day of demonstrations.

Eleven people were arrested, the police said, during skirmishes between opposing sides in Manhattan, where Rudolph W. Giuliani, the president’s personal lawyer and the city’s former mayor, encountered protesters targeting a caravan of cars organized by a group that identifies itself as Jews for Trump. All have been released except for a 36-year-old man who threw eggs in the faces of two police officers, the police said.

In one video, Mr. Giuliani could be seen in the passenger side of a vehicle with the window rolled down as anti-Trump protesters screamed at him.

In an interview, Mr. Giuliani said that he had encountered the caravan and the protesters while driving down Fifth Avenue after taping his radio show.

“I would love to have had a campaign commercial of it,” he said, “and put it on in the middle of America and say, ‘Who would you prefer for the next four years? This group of foul-mouthed people who don’t seem to have a vocabulary beyond three words, or these very nice Jewish people who are driving in the car and not saying anything back and not doing anything other than exercising their right to say they’re for Donald Trump.’”

According to the police, the pro-Trump caravan passed through Times Square, where it converged with a group of anti-Trump protesters who had marched from Brooklyn. The cars in the convoy were then blocked by counterprotesters, and some drivers got out of their cars to confront the anti-Trump demonstrators.

The two sides hurled political slurs — calling each other “fascists” and “anarchists”— traded blows, and fought over the Trump supporters’ flags before the police broke them apart, according to videos posted online.

Separately, a police officer was suspended without pay on Sunday after he used a police loudspeaker to voice support for the president.