Blog | Alphhainc
Home US Barack Obama and LeBron James are joining forces in a late push... 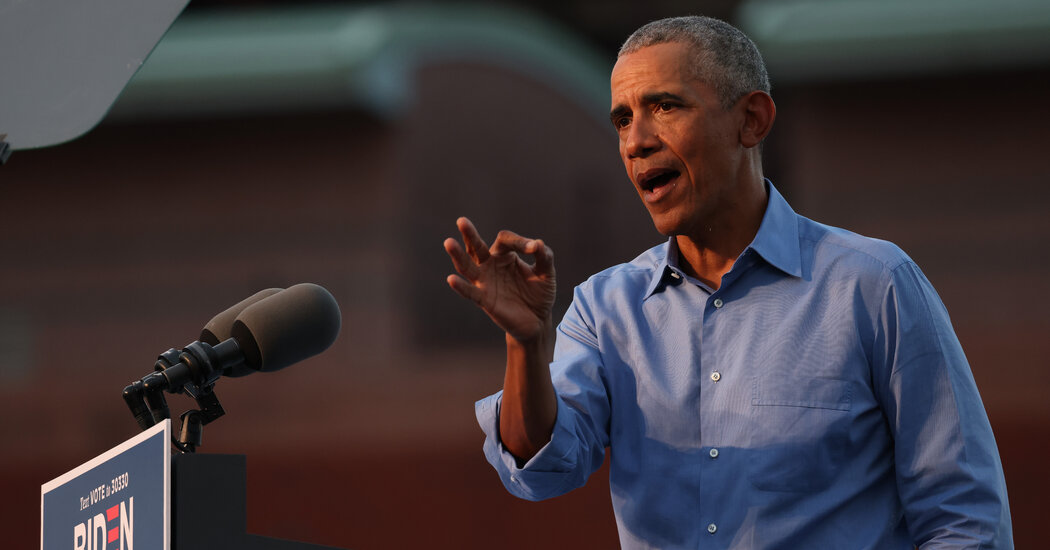 Former President Barack Obama will continue his efforts to increase Black voter turnout ahead of election, including an interview with the basketball star LeBron James set to be published this week.

Mr. Obama joined Mr. James for the interview as a part of the athlete’s More Than A Vote initiative, according to sources familiar with the event. More Than A Vote, the collective of athletes led by Mr. James, has focused its political efforts on issues like limiting misinformation among Black voters and increasing poll workers in Black communities.

Mr. Obama’s efforts to increase turnout come as some Democrats worry that Black voters, and specifically Black men, could back President Trump in greater numbers in this year’s election. National polling shows Mr. Biden with a healthy lead over Mr. Trump heading into the campaign’s final days. However, the same polling shows Mr. Biden with tepid numbers for a Democrat among Black voters, traditionally one of the party’s most loyal constituencies.

In addition to his interview with Mr. James, Mr. Obama also has spoken with Black men in Philadelphia and recorded a video message for the Shade Room, a media company whose social media and pop culture sites are popular with young Black Americans.

“What I’ve consistently tried to communicate this year, particularly when I’m talking to young brothers, who may be cynical of what can happen, is to acknowledge to them that government and voting alone is not going to change everything,” Mr. Obama said. “But we did make things better.”