Blog | Alphhainc
Home US Florida, where Trump is campaigning, has the third highest tally of coronavirus... 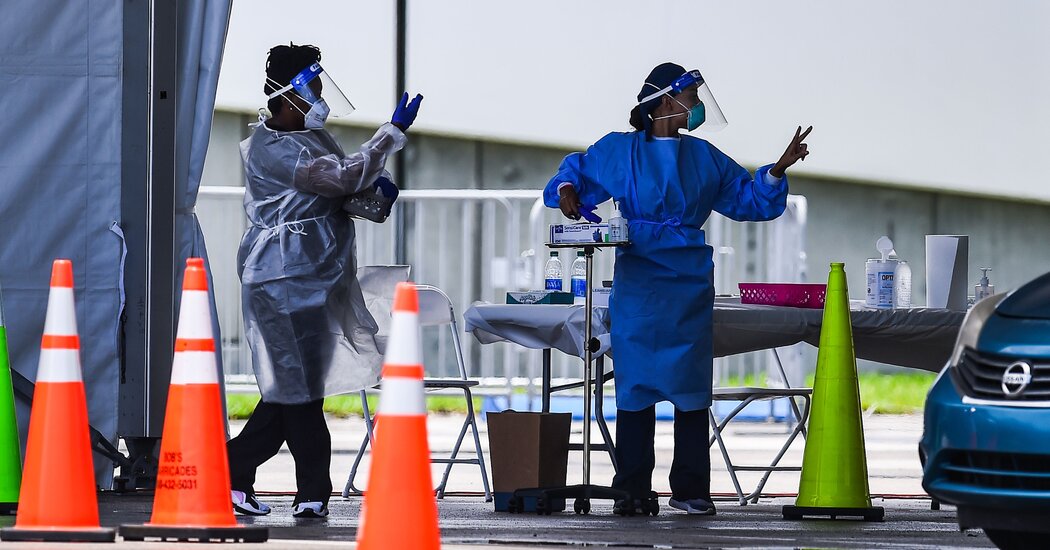 Florida, the perennially competitive state where President Trump is campaigning Friday, is one of the states hardest hit by the coronavirus. The Villages, the sprawling retirement community in Central Florida where he held his first rally, was not spared.

The state, whose 29 electoral votes make it a rich prize, is yet again considered a tossup. A win there is critical to Mr. Trump’s re-election hopes, but he will have to campaign hard for it. An average of recent Florida polls show former Vice President Joseph R. Biden Jr. with a narrow edge of 3 percentage points, according to the Upshot’s calculator.

Here is how Florida is doing on two of the biggest issues of the day, the coronavirus and the economy.

Florida has reported at least 768,083 coronavirus cases, the third highest tally in the nation, and 16,266 deaths, the fourth highest toll, according to a New York Times database.

Gov. Ron DeSantis of Florida, a Republican ally of Mr. Trump’s, was criticized for declaring prematurely in April that the state had “flattened the curve,” and for moving swiftly to reopen businesses. Infections soon began to surge, and the state became a Sun Belt hot spot over the summer, at some points in July averaging more than 11,000 new cases each day, according to the database.

While cases in Florida are down sharply from their highest point, they are climbing again: Over the past week, Florida has seen an average of 3,300 new cases per day, according to the database, an increase of 37 percent from the average two weeks earlier.

Florida’s unemployment rate in September stood at 7.6 percent, according to data compiled by Moody’s Analytics, slightly below the national average of 7.9 percent. And to answer one of the most basic questions of a re-election campaign — are you better off today than you were four years ago? — unemployment in Florida is higher than it was in September 2016, when it stood at 4.8 percent.

The state is still down more than half a million jobs from its peak earlier this year.

There are 11 days until Election Day. Here are the schedules of the presidential and vice-presidential candidates for Friday, Oct. 23. All times are Eastern time.