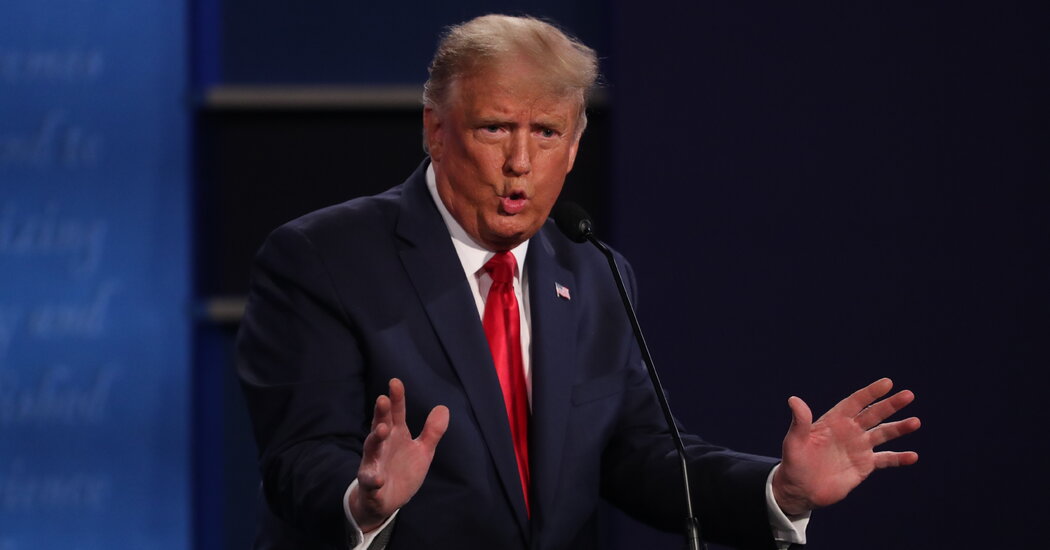 If you listened to President Trump debate Joseph R. Biden Jr. Thursday, you may have felt like you’d started watching a complicated serial drama — “Lost” or “Twin Peaks” — in its final season. The president kept dropping names and plot points, all seeming to reference a baroque mythology.

Who was “the big man?” What was “the laptop?” How many seasons of this show did I miss?

This impression is not far off. The soap opera whose story lines and catchphrases Mr. Trump was quoting was Fox News, his favorite binge-watch. And increasingly, he speaks less like a president to Americans than as a Fox superfan to other superfans.

For those steeped in conservative media, the “laptop” reference alludes to questionable accusations of corrupt business practices by Mr. Biden’s son Hunter, unverified in other media but pored over lately on Mr. Trump’s favorite shows.

“A.O.C. plus three” was not algebra but a dismissive nickname for Alexandria Ocasio-Cortez and three of her progressive peers in Congress. A reference to selling “pillows and sheets” apparently revived an old conservative criticism of support to Ukraine during the Obama administration, not a Biden home-furnishings line.

These impenetrable word clouds not only blunted his attacks but showed how Fox can be as much a blinder for the president as an asset. Mr. Trump has become so immersed in the conservative mediasphere that his language became a referential fog that seemed to require an explanatory fan podcast.

All this may have signaled solidarity to Mr. Trump’s fellow Fox News junkies. But if you weren’t a longtime watcher, this show was not made for you.