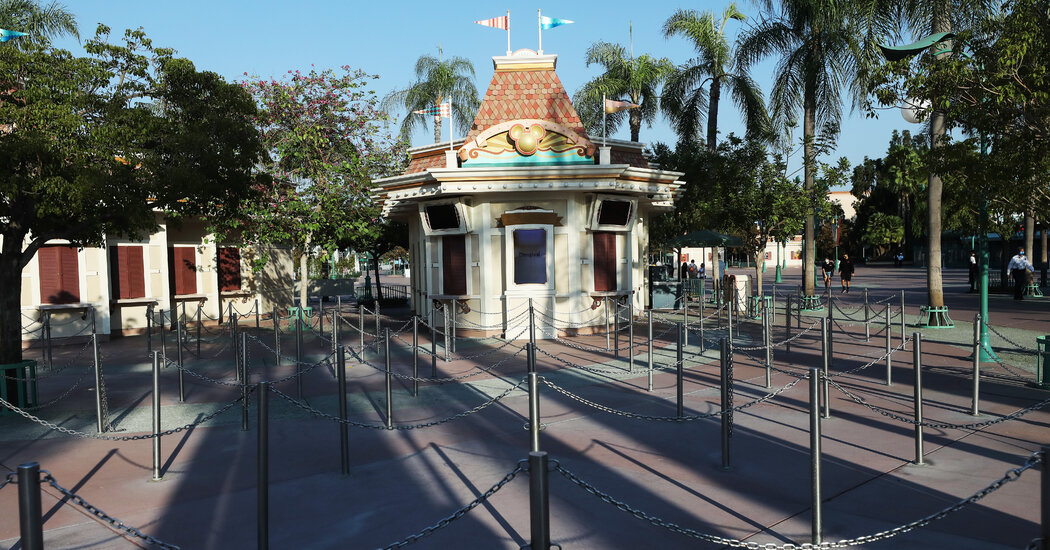 Marking a potentially significant step toward the reopening of the Disneyland Resort in California, a coalition of unions representing thousands of workers has informed Gov. Gavin Newsom that it is generally satisfied with the health measures laid out by the company for operating safely.

The two-park resort in Anaheim, which supports tens of thousands of jobs, has been closed since March, even as the company reopened Walt Disney World in Florida and resorts in Paris, Shanghai, Hong Kong and Tokyo.

The union announcement, in a letter dated Saturday, reflects a turnabout after the coalition expressed concern in June about efforts to reopen the resort the following month. “Unfortunately, despite intensive talks with the company, we are not yet convinced that it is safe to reopen the parks on Disney’s rapid timetable,” the coalition wrote at the time.

Since then, according to Saturday’s letter, Disney has shared plans with the unions to protect workers through social distancing, protective equipment, ventilation and free tests for workers who have Covid-19 symptoms or have been in close contact on the job with someone who was infected.

“We believe a path exists where Disneyland would be able to open safely,” the coalition said.

At least one union that signed the June letter did not sign the more recent one.

Both workers and the company have suffered economically from the pandemic. In September, Disney said it planned to cut nearly 30,000 jobs, most of them from its theme parks.

Despite pleas from the company, Governor Newsom has been skeptical of reopening. “We’re going to be stubborn about it,” he said this month. “We feel there’s no hurry putting out guidelines.” Last week he dispatched a team of state officials to inspect the resort.