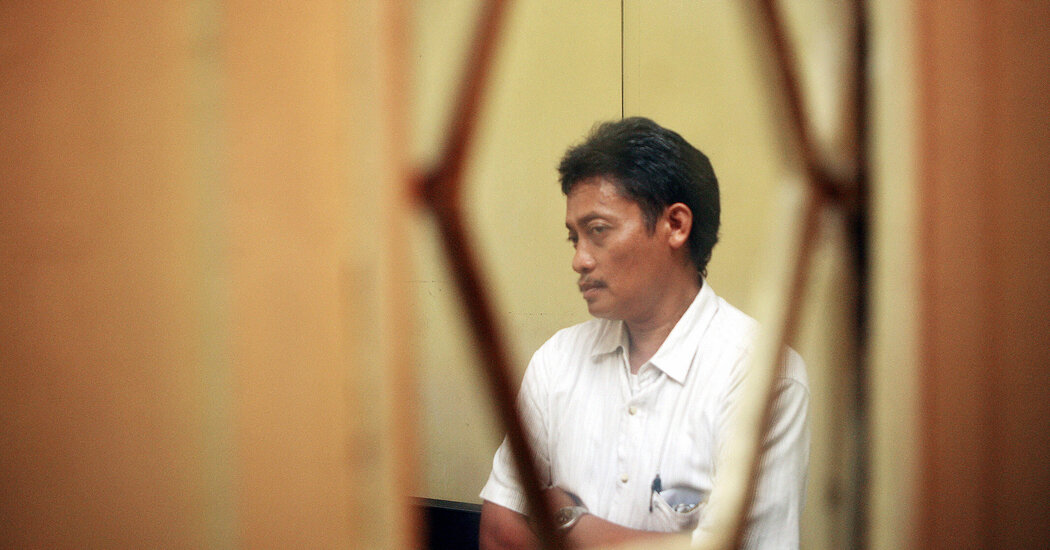 An Indonesian former airline pilot who was convicted in the 2004 midair poisoning death of a prominent human rights activist has died of Covid-19, an attorney for the pilot’s family said on Sunday.

The use of poison to kill a political target, a method more recently employed by Russia and North Korea, eliminated the activist, Munir Said Thalib, who had been one of the Indonesian military’s most vocal critics. And the murder, carried out on a commercial flight of the state carrier, Garuda Indonesia, by one of its pilots, shocked the newly democratic nation.

The pilot, Pollycarpus Budihari Priyanto, 59, was sentenced to 20 years in prison for his role in the murder. He ended up serving eight years and was released in 2014. Human rights activists accused him of working for Indonesia’s intelligence agency and have long called for a thorough investigation.

Andreas Harsono of Human Rights Watch said, “The death of secret agent Pollycarpus is a stark reminder that the masterminds behind the Munir killing have evaded justice.”

An attorney for Mr. Pollycarpus’s family, Wirawan Adnan, said that Mr. Pollycarpus died of Covid-19 on Saturday, 16 days after he was hospitalized at a hospital in Jakarta.

Activists called for an investigation to determine the cause of death.

“His death needs to be properly investigated by the competent authorities,” said Usman Hamid, executive director of Amnesty International Indonesia. “As a person who was convicted of being a field actor, Pollycarpus certainly had a lot of information regarding the Munir murder case, especially information about his superiors and the people who ordered him.”

Mr. Munir, 38, sought justice for victims of human rights abuses under the dictator, Suharto, who stepped down in 1998.

At the time of his death, he was traveling to Amsterdam to begin a study program. Mr. Pollycarpus, who was off duty, traveled on the same Garuda flight from Jakarta.

Prosecutors said that Mr. Pollycarpus had upgraded Mr. Munir’s seat to business class, where it would be easier to administer the poison, and slipped arsenic into a glass of orange juice.

Mr. Pollycarpus always maintained his innocence. Mr. Wirawan, the attorney, said that his client had been convicted because of pressure from human rights groups but that the real killer had never been caught.

“I believe that Munir was murdered,” Mr. Wirawan said. “But I don’t believe that Pollycarpus was the murderer.”