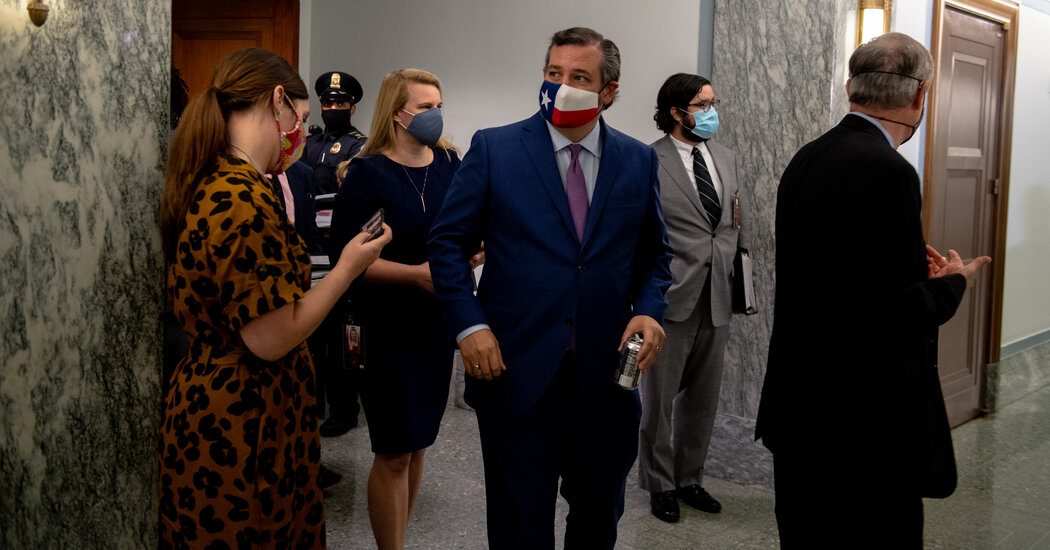 President Trump called Facebook and Twitter “terrible” and “a monster” and said he would go after them. Senators Ted Cruz and Marsha Blackburn said they would subpoena the chief executives of the companies for their actions. And on Fox News, prominent conservative hosts blasted the social media platforms as “monopolies” and accused them of “censorship” and election interference.

On Thursday, simmering discontent among Republicans over the power that Facebook and Twitter wield over public discourse erupted into open acrimony. Republicans slammed the companies and baited them a day after the sites limited or blocked the distribution of an unsubstantiated New York Post article about Hunter Biden, the son of the Democratic presidential nominee, Joseph R. Biden Jr.

The criticism did not stop the companies. Twitter locked the personal account of Kayleigh McEnany, the White House press secretary, late Wednesday after she posted the article, and on Thursday it briefly blocked a link to a House Judiciary Committee webpage. The Trump campaign said Twitter had also locked its official account after it tried promoting the article. Twitter then doubled down by prohibiting the spread of a different New York Post article about the Bidens.

The actions brought the already frosty relationship between conservatives and the companies to a new low point, less than three weeks before the Nov. 3 presidential election, in which the social networks are expected to play a significant role. It offered a glimpse at how online conversations could go awry on Election Day and underlined how the companies have little handle on how to consistently enforce what they will allow on their sites.

“There will be battles for control of the narrative again and again over coming weeks,” said Evelyn Douek, a lecturer at Harvard Law School who studies social media companies. “The way the platforms handled it is not a good harbinger of what’s to come.”

Facebook declined to comment on Thursday and pointed to its comments on Wednesday when it said the New York Post article, which made unverified claims about Hunter Biden’s business in Ukraine, was eligible for third-party fact-checking.

In a tweet, Twitter said, “We recognize that Twitter is just one of many places where people can find information online, and the Twitter Rules are intended to protect the conversation on our service, and to add context to people’s experience where we can.”

Mr. Trump said on Twitter on Wednesday that “it is only the beginning” for the social media companies. He followed up on Thursday by saying he wanted to “strip them” of some of their liability protections.