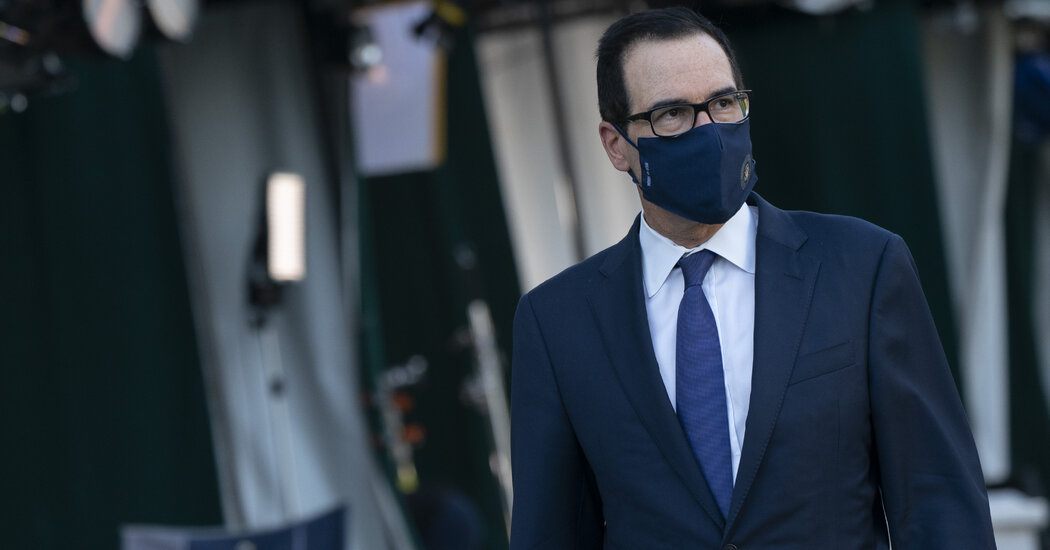 President Trump, struggling to gain traction among voters just weeks before the election, called on Thursday for a bigger stimulus package than he had previously offered, and the White House signaled it was willing to make concessions to Democrats. But the proposals were unlikely to win the necessary backing from Senate Republicans who are preparing a far smaller bill of their own.

White House negotiators have proposed a $1.8 trillion relief package. Mr. Trump said that he wanted one that was even bigger and suggested, without explanation, that China would pay for it.

“I would go higher,” Mr. Trump said during an interview with the Fox Business Network. “Go big or go home.”

The comments came after Mr. Mnuchin said that the White House was willing to make additional concessions to Speaker Nancy Pelosi of California in hopes of rekindling a stimulus deal before the election. But the $1.8 trillion package that he has proposed has already proven to be a non-starter with Senate Republicans who have panned it as too costly, making Mr. Trump’s call for a more expensive bill another complication in the already fraught negotiations.

Investors, who have been following the stimulus talks closely, seemed unmoved by statements from Mr. Trump and Mr. Mnuchin on Thursday, with stocks on Wall Street dropping for a third consecutive day.

In the interview on CNBC, Mr. Mnuchin did not directly address the lack of support for a bill by Senator Mitch McConnell, the majority leader, suggesting that he has been briefed on negotiations between the White House and House Democrats while acknowledging that Senate Republicans prefer a more “targeted” relief bill.

But Mr. McConnell downplayed the prospects of a larger bill on Thursday.

“He’s talking about a much larger amount than I can sell to my members,” Mr. McConnell said about the president’s comments.