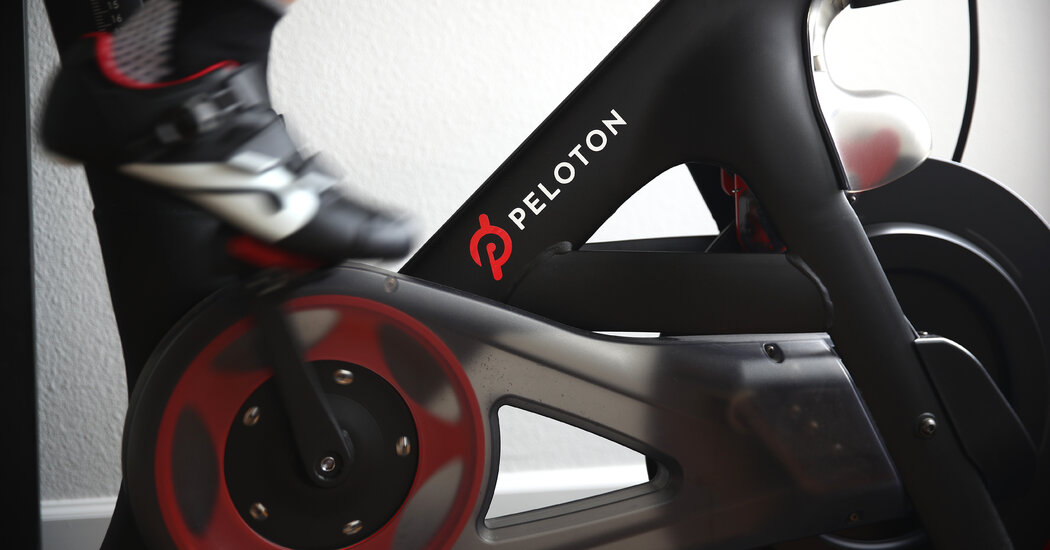 Peloton recalled clip-in pedals on about 27,000 of its bikes after it received reports of broken pedals causing injuries, including five that needed stitches or other medical care.

The recall applies to pedals on bikes sold between July 2013 and May 2016, Peloton said in a post on its website. It came after 120 reports of the pedals breaking and 16 reports of injuries.

The recall is a setback for a company that has emerged as one of the major winners of the quarantine economy, with people turning to its at-home stationary bikes and treadmills when they could not go to the gym or boutique fitness studios. The bikes, at $1,895 plus a $39 monthly subscription fee for access to live-streamed classes, are some of the priciest available on the market.

Amelise Lane, a spokeswoman for Peloton, said the company was focused on the safety and well-being of customers.

“We take pride in providing the best equipment, proprietary networked software, and world-class streaming digital fitness and wellness content that our members love,” she said in a statement. She added that the recall affected only customers using their out-of-warranty original pedals on the affected bikes sold. The recall was earlier reported by Business Insider.

Since mid-March, Peloton’s stock has soared nearly 600 percent. Last month, the company posted its first-ever quarterly profit, with total revenue at $607.1 million for the fiscal fourth quarter, up from $223.3 million for the same period a year earlier. Net income was $89.1 million, from a net loss of $47.4 million in the same period a year earlier.

When Peloton started in 2012, its founders struggled to get interest from venture capitalists, who were skeptical that blending stationary bikes and streaming live video classes would work. But eight years later, the company has more than three million subscribers and is valued at $39.4 billion.

Peloton said it recommended that users change their pedals annually. If a bike is fitted with the faulty pedals, customers should stop using them immediately, the company said.