Blog | Alphhainc
Home US In a first, Biden says he’ll have a clear stance on expanding... 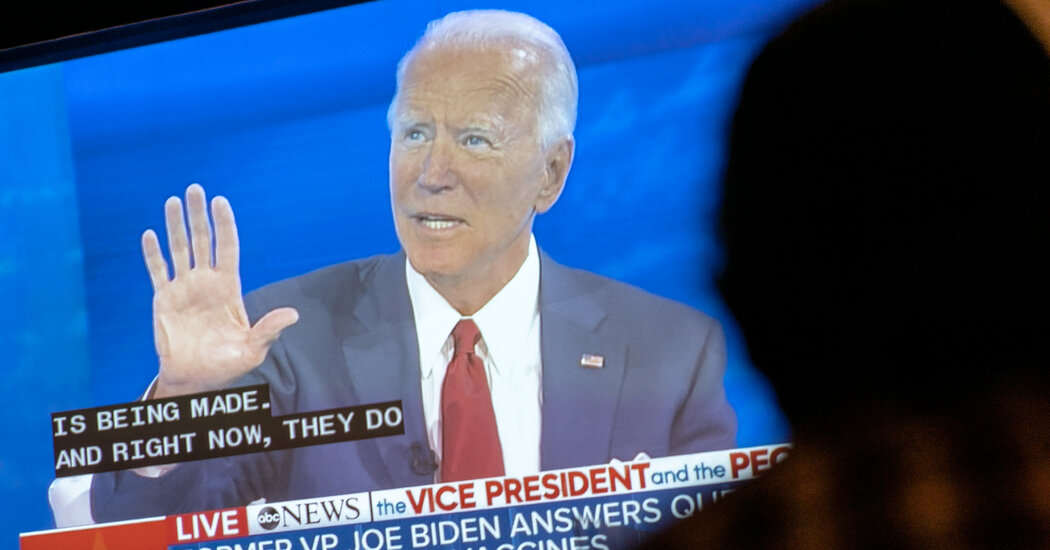 Joseph R. Biden Jr. vowed for the first time to come out with a clear position before Election Day on whether he supported expanding the size of the Supreme Court. While he reiterated that he was “not a fan” of the concept, the comments were some of his most direct yet on an issue that has followed him since the death of Justice Ruth Bader Ginsburg last month.

Asked by the host, George Stephanopoulos, during the ABC town hall event on Thursday if he would be open to increasing the number of justices on the nation’s highest court after senators vote on the confirmation of Judge Amy Coney Barrett, Mr. Biden said, “I’m open to considering what happens from that point on.”

Asked if voters had a right to know where he stood on the issue, he said they did — a departure from the testy way he had answered a similar question this week in a local television interview.

Asked if that meant he would provide a clear position before Election Day, Mr. Biden answered, “Yes.” He added, appearing to refer to Republicans, “Depending on how they handle this.”

As recently as last year, Mr. Biden, who served for decades as a senator from Delaware and was the chairman of the Senate Judiciary Committee, had expressed firm opposition to the idea of expanding the court, an idea that has gained traction on the left as a countermeasure if Republicans rush through Judge Barrett’s confirmation.

But since Justice Ginsburg’s death, Mr. Biden has repeatedly dodged questions about the issue. Republicans had seized on Mr. Biden’s evasiveness in recent days as part of their attempt to paint him as a Trojan horse of the “radical” left.

On Monday, Mr. Biden told a local TV interviewer in Cincinnati that he was “not a fan of court packing,” but did not categorically rule it out, as he did during the Democratic primary.

“I don’t want to get off on that whole issue,” Mr. Biden said Monday. “I want to keep focused. The president would love nothing better than to fight about whether or not I would in fact pack the court or not pack the court.”