Blog | Alphhainc
Home US Harris halts in-person campaigning after an aide tests positive for the coronavirus. 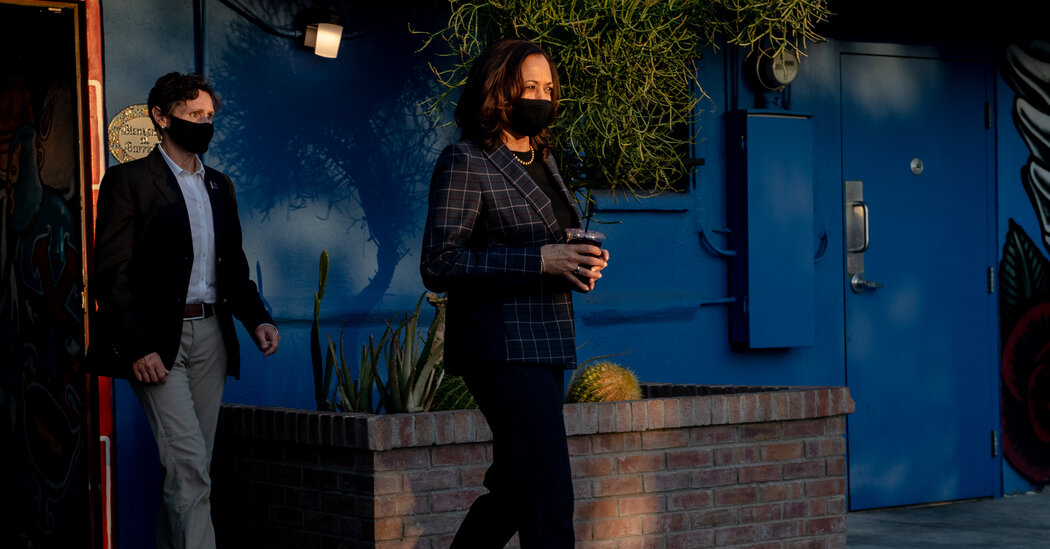 The Biden campaign announced Thursday that it was suspending Senator Kamala Harris’s campaign travel through Sunday after two people who had traveled with her tested positive for the coronavirus. Hours later, the campaign said a person who had been aboard Joseph R. Biden Jr.’s plane had also tested positive.

The announcements were the Biden campaign’s closest known brush with the virus. The two people who had traveled with Ms. Harris — her campaign communications director, Liz Allen, and a flight crew member — flew with her last Thursday, when Ms. Harris campaigned with Mr. Biden in Arizona.

The person on Mr. Biden’s flights who tested positive, an employee of the company that charters the plane, was aboard for trips to Ohio on Monday and to Florida on Tuesday, but was a great distance from Mr. Biden, the campaign said.

“Our campaign’s contact tracing remains ongoing, and my team will continue to share any significant developments with the American people,” Mr. Biden wrote on Twitter. “If anything, let this serve as an example of the importance of wearing masks and keeping a safe, social distance.”

Ms. Harris had been scheduled to campaign in North Carolina on Thursday and in Ohio on Friday. She will now return to the campaign trail on Monday. The campaign said she had tested negative for the virus on Wednesday and again on Thursday.

Mr. Biden’s campaign manager, Jennifer O’Malley Dillon, said in a statement that Ms. Harris “was not in close contact, as defined by the C.D.C., with either of these individuals during the two days prior to their positive tests; as such, there is no requirement for quarantine.”

But Ms. O’Malley Dillon said Ms. Harris’s travel through Sunday was being canceled “out of an abundance of caution and in line with our campaign’s commitment to the highest levels of precaution.”

During a virtual fund-raiser on Thursday, Ms. Harris addressed the positive tests and the campaign’s response, and drew a comparison with President Trump. “We wanted to make sure that we were adhering to what has been, I think, a very appropriate and strict level of seriousness around the caution that we are exercising to make sure everyone is safe,” she said. “Obviously, it’s been in stark contrast to you-know-who.”

On Thursday afternoon, the campaign said that the person aboard Mr. Biden’s plane, an administrative employee with the charter company who had been contacted during contact tracing for the crew member who traveled with Ms. Harris, had also tested positive.

The employee was seated in the last row of Mr. Biden’s plane, a Boeing 737, on Monday and Tuesday, and was more than 50 feet away from Mr. Biden at all times, Ms. O’Malley Dillon said. “We have been advised by the vice president’s doctor and the campaign’s medical advisers that there is no need for the vice president to quarantine,” she said.

Mr. Biden will appear at an ABC News town hall event in Philadelphia on Thursday night. The campaign said Mr. Biden tested negative for the virus on Wednesday night and again on Thursday.