Blog | Alphhainc
Home US Chris Christie says he should have worn a mask at White House... 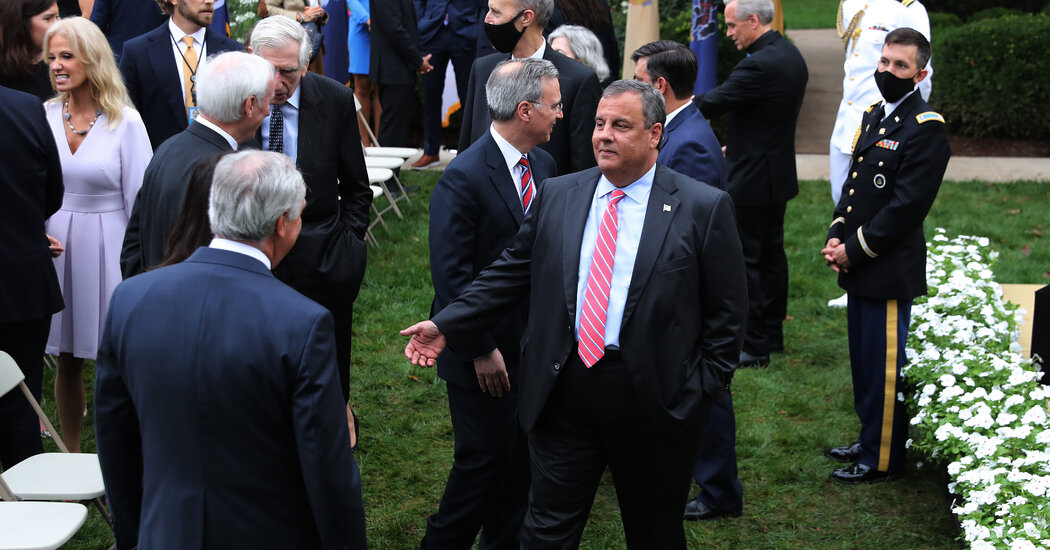 Chris Christie, the former New Jersey governor who was recently battling a coronavirus infection, said on Thursday that he had been “wrong” not to wear a mask at an event honoring Judge Amy Coney Barrett or in his debate preparation sessions with President Trump, and that people should take the threat of the virus seriously.

In an interview with The New York Times and in a written statement, Mr. Christie said that he had believed he was in a “safe zone” at the White House while he was there. He urged people to follow best practices, like mask wearing and social distancing, but argued there was a middle ground between extensive, large-scale shutdowns and reopening cities and states without taking proper precautions.

Mr. Christie said he had spent days in the intensive care unit of the Morristown Medical Center in New Jersey, after taking himself there on Oct. 3 at the insistence of his doctor. Mr. Christie, who was at high risk for negative effects of the coronavirus because of his weight and because he has asthma, was one of several people around Mr. Trump to contract the virus. Mr. Trump announced early on Oct. 2 that he had tested positive.

Mr. Christie had led Mr. Trump’s debate preparation sessions, and attended the Sept. 26 event honoring Judge Barrett, the president’s nominee for the Supreme Court, in the Rose Garden. White House officials are looking at that event as a cause of the spread of the virus to more than a dozen people.

“I hope that my experience shows my fellow citizens that you should follow C.D.C. guidelines in public no matter where you are and wear a mask to protect yourself and others,” he said.