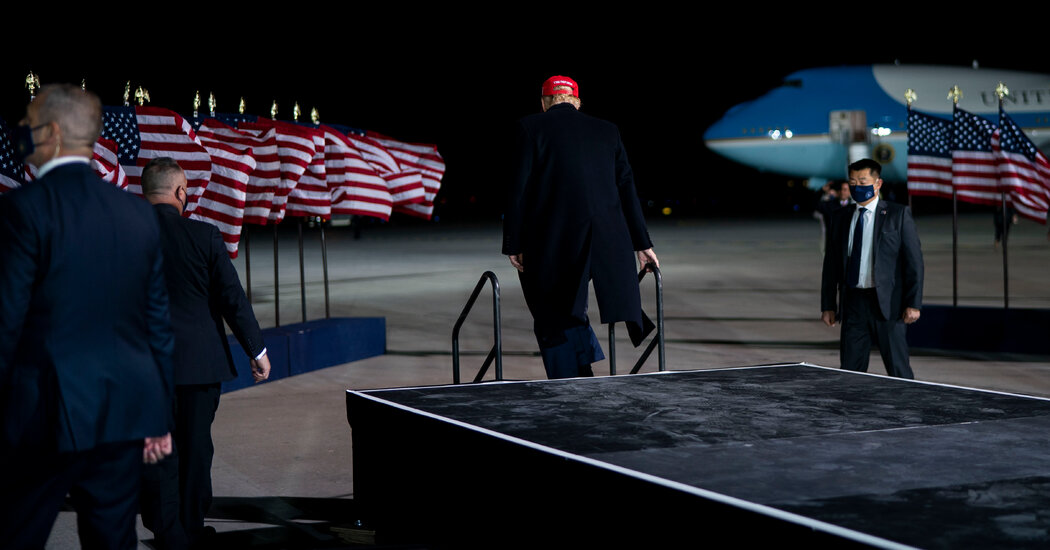 With less than three weeks before the election, the Trump campaign said that Twitter had locked its official account after the campaign’s latest attempt to promote an unsubstantiated New York Post article about former Vice President Joseph R. Biden Jr. and his son Hunter.

A video link posted by the campaign violated the platform’s rules that bar users from publishing private information, according to a screen shot taken by a member of the Trump campaign’s social media team and shared online.

Since The Post published its article on Wednesday, social media companies have flagged posts linking to it. Twitter and Facebook blocked users on Wednesday from sharing the Post’s report, including the White House press secretary, Kayleigh McEnany, whose Twitter account was also locked.

The intervention drew scorn from President Trump and his supporters, who accused social media companies of trying to protect Mr. Biden.

In an interview on Thursday with Fox Business, Mr. Trump said that he had not heard about Twitter’s actions involving his campaign. Then he said he was considering unspecified regulatory actions against social media companies and suggested he would go to court to force Twitter to reverse its actions.

A Trump campaign spokesman lashed out at Twitter on Thursday in a statement and said the platform was trying to silence the president’s re-election effort.

“This is election interference, plain and simple,” the spokesman, Tim Murtaugh, said. “For Twitter to lock the main account of the campaign of the President of the United States is a breathtaking level of political meddling and nothing short of an attempt to rig the election.”

It was not immediately clear how long the account, which was still visible, would be locked. Some other prominent Twitter users have previously been barred from posting, retweeting and liking other posts for 12 hours. Twitter stopped short of suspending the campaign’s account, which would have blocked followers from accessing it.