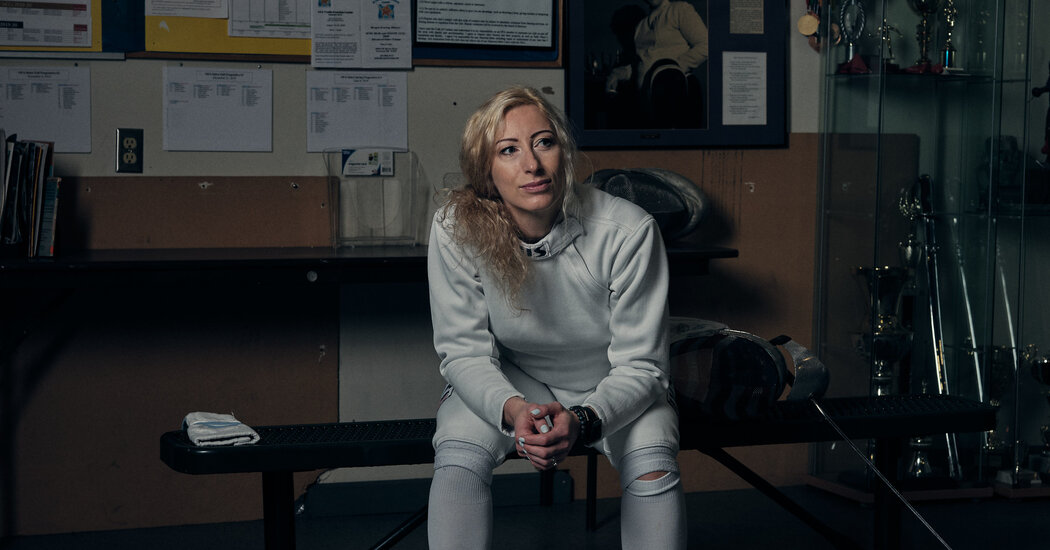 Aleksandra Shelton, a four-time Olympic fencer for Poland, has prevailed in a contentious battle with the country’s sports authorities to gain eligibility to compete for the United States at the Tokyo Olympics, which were postponed from 2020 to next summer because of the coronavirus pandemic.

The Switzerland-based Court of Arbitration for Sport has ruled that Shelton’s public criticism of Polish fencing officials was an improper basis on which to deny her request to compete as an American in the Summer Games, scheduled for July and August 2021. She is a dual citizen, married to an American serviceman. The court had not yet published its ruling by Wednesday afternoon, but it was provided to The New York Times by Shelton’s lawyer.

Her case, chronicled in February in The New York Times, had broader implications regarding age and gender discrimination, and it represented another high-profile effort by a female athlete to stand up for what they consider their fundamental rights and freedoms in Olympic sports, where women’s eligibility and voices have historically been restricted.

Those efforts include Caster Semenya’s attempt to gain eligibility to run the 800 meters, at which she is a two-time Olympic champion for South Africa, in a case involving testosterone limits placed on intersex athletes in certain events. Semenya lost her appeal before the Swiss sports arbitration court and the Swiss Supreme Court but is considering appealing to the European Court of Human Rights.

Gwen Berry, an American Olympian in the hammer throw event, has been at the forefront of an attempt by athletes to overturn a prohibition against making political gestures at international sporting events. She was reprimanded by the United States Olympic and Paralympic Committee for raising her fist on the medal podium at the 2019 Pan American Games to protest social and racial injustice. But Sebastian Coe, the president of track and field’s world governing body, said recently that he would support athletes’ taking a knee on the medal podium at the Tokyo Games.

Carlos Sayao, Shelton’s Toronto-based lawyer, said her victory before the arbitration court represented “the imposing of important checks and balances on the powers of national Olympic committees over their athletes.”

After competing in the 2016 Olympics in Rio de Janeiro, Shelton, now 38, said that Polish fencing officials had reduced their support for her once she became pregnant and had made comments that she was too old and should stay home to care for her son, who was born in 2017. Polish officials denied making the remarks or discriminating against Shelton. But, feeling frustrated, she sought to gain eligibility to compete in a fifth Olympics for the United States instead of her native Poland.

Athletes must generally wait three years after switching countries to become eligible to compete in the Olympics, unless they are granted a waiver. In January 2019, the Polish fencing federation granted Shelton a release to change sporting nationalities and to compete for the United States. The matter seemed settled, except for final approval from the Polish Olympic Committee, which said it would support Shelton’s change of nationality but then changed its mind as the case went sideways.

In March 2019, Shelton gave two interviews to Polish reporters to explain her switch to competing for the United States. During the interviews, she criticized what she considered the lack of support from the Polish fencing federation and its demand for sporting equipment worth 43,000 euros, now about $50,000, to grant her release. The Polish fencing federation threatened to sue Shelton unless she apologized and then attempted to rescind its waiver.

In January 2020, Shelton appealed to the Court of Arbitration for Sport. The court ruled in her favor on Sept. 28, saying that her remarks to reporters were “irrelevant” to the case and that the Polish Olympic Committee had in 2019 “irrevocably agreed to the immediate change” of Shelton’s sporting nationality and to the cancellation of the three-year waiting period to be eligible to participate in the Games. If she makes the American Olympic team in April, Shelton would become approximately the 220th woman worldwide to compete in five or more Games.

“It’s a huge relief,” Shelton said. “I should never have had to go that far to get help. I hope my example will give courage to other women to stand and fight for our rights.”