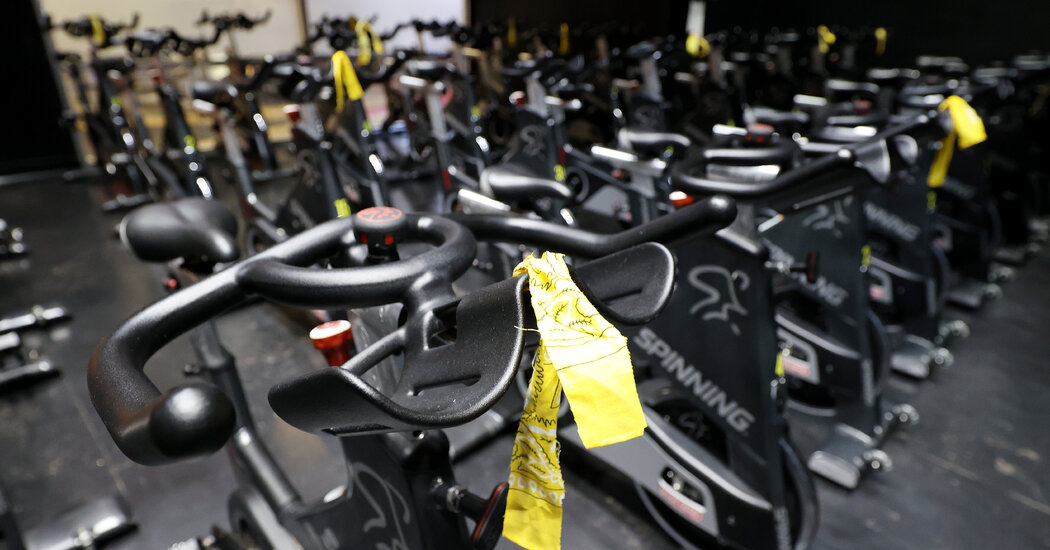 An outbreak of infections in Hamilton, Ontario, has been linked to a single spin studio that Canadian officials said appeared to be complying with public health regulations before dozens of people who attended classes there contracted the virus.

Spinco, the company that operates the studio, has locations across Canada and asks participants in its classes to observe a rigorous set of safety procedures on its website, including wearing masks whenever not actively working out.

Health officials have linked 44 cases directly to the studio, including 42 patrons and two staff members, according to data on the city’s website. But efforts to trace the contacts of all those infected are continuing, and officials have already identified at least 17 more people infected through secondary “household spread,” according to the Canadian Broadcasting Corporation.

The event has caused the biggest spike in new cases in Hamilton since May, according to the city’s coronavirus statistics.

The outbreak at the Spinco studio follows others associated with cycling classes elsewhere in Canada, including one in Calgary in July in which more than 40 participants contracted the virus at a cycling club where staff from several local gyms had gathered to work out together. Health officials said the event renews questions about the safety of group workout classes, in which participants are breathing heavily in enclosed spaces for extended periods, and instructors often coach vocally throughout.

Doug Ford, Ontario’s premier, moved to shut down gyms elsewhere in the province last week, including in major urban areas such as Toronto and Ottawa, after concerning spikes in cases. Hamilton gyms remain open for the moment. Officials in Quebec also ordered gyms closed earlier this month.