Blog | Alphhainc
Home US Trump asks the Supreme Court once more to block a subpoena for... 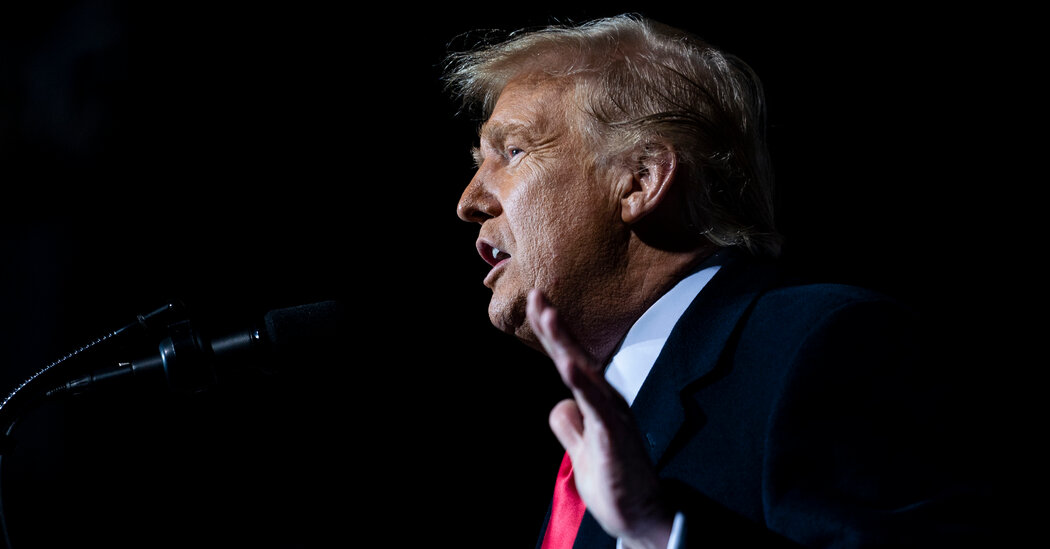 Personal lawyers for President Trump, seeking to appeal their case to the Supreme Court for the second time in less than a year, asked the justices on Tuesday to delay a ruling that would allow the Manhattan district attorney to obtain Mr. Trump’s financial records.

In a 38-page “emergency” application, Mr. Trump’s legal team told the court that a Federal District Court judge was wrong to rule that the prosecutor, Cyrus R. Vance Jr., had a legal right to subpoena the materials — and that an appeals court panel in New York was wrong to uphold that ruling this month.

“Allowing this deeply flawed ruling to stand, especially given the prominence of this case, will needlessly sow confusion where none presently exists,” wrote Mr. Trump’s legal team, including William S. Consovoy and Jay Sekulow. “The decision is indisputably wrong.”

The request for Supreme Court intervention had been expected since a three-judge panel of the U.S. Court of Appeals for the Second Circuit unanimously ruled on Oct. 7 that Mr. Vance could use a grand jury to obtain Mr. Trump’s financial records, rejecting the president’s arguments that the request was overly broad and amounted to politically motivated harassment. Mr. Vance is a Democrat.

“Grand juries must necessarily paint with a broad brush,” the judges wrote, adding: “None of the president’s allegations, taken together or separately, are sufficient to raise a plausible inference that the subpoena was issued out of malice or an intent to harass.”

The request for intervention marks a return for the case. In July, the Supreme Court ruled, 7 to 2, that the fact that Mr. Trump was the sitting president did not make him absolutely immune from criminal investigation, as his legal team had argued.