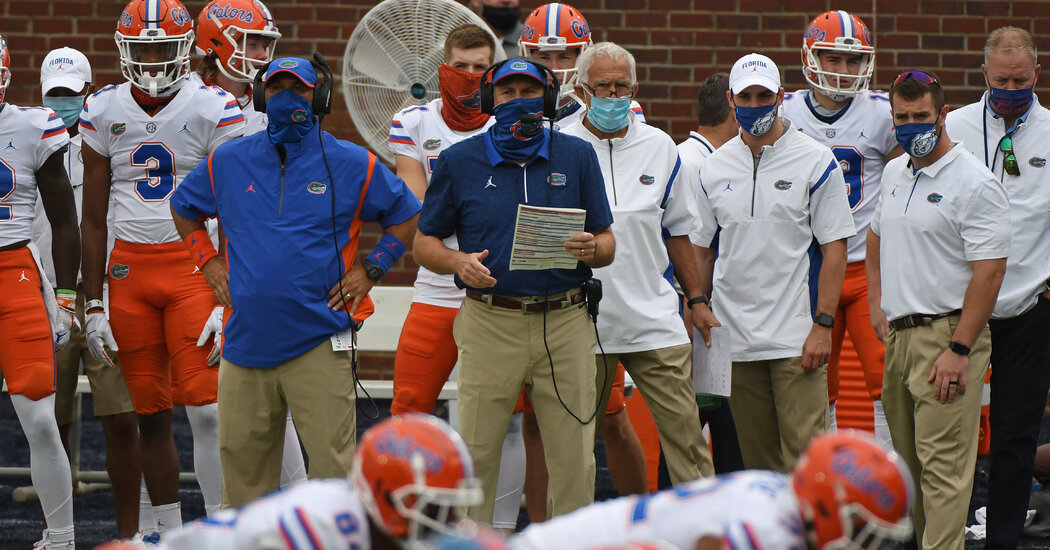 ATLANTA — For the second time this week, the Southeastern Conference has postponed a college football game because of the coronavirus pandemic, unnerving the league less than a month into the season that sustains an economic and cultural juggernaut throughout the South.

The league said Wednesday that Saturday’s game between No. 10 Florida and Louisiana State, the reigning national champion, would not be played until at least Dec. 12, a week before the conference title game. The postponement came two days after Florida’s coach, Dan Mullen, described the football program as “a model of safety” during the pandemic and a day after the team paused football activities because of “an increase” in positive tests for the virus.

Florida’s game against L.S.U., which was to be played in Gainesville, Fla., was the 29th Football Bowl Subdivision game since August to be upended by the pandemic, and the third Power 5 matchup to be postponed this week.

The Big 12 Conference announced on Sunday that Baylor and Oklahoma State would not play this weekend because of an outbreak at Baylor. And on Monday, the SEC postponed a game between Missouri and Vanderbilt after Vanderbilt concluded that once injuries, opt-outs and virus-related concerns were considered, it would not have enough scholarship players available to compete on Saturday.

Mullen said after a narrow loss at Texas A&M last weekend that he wanted administrators to allow fans to “pack the Swamp,” as Ben Hill Griffin Stadium is known, for the L.S.U. game in the wake of Gov. Ron DeSantis’s decision to ease capacity restrictions on large events.

“That crowd was a major factor in the game, and so I certainly hope our university administration follows the governor,” Mullen said after the Gators lost at Kyle Field in College Station, Texas, where the university officially announced game attendance as 24,709.

Florida officials balked at Mullen’s request, which he effectively backed away from during a conference call with reporters on Wednesday morning. The officials maintained their plans would limit the crowd to about 17,000 fans, or 20 percent of capacity. N.F.L. teams in Florida have also said they will maintain some of their virus-related restrictions on crowds at their games.