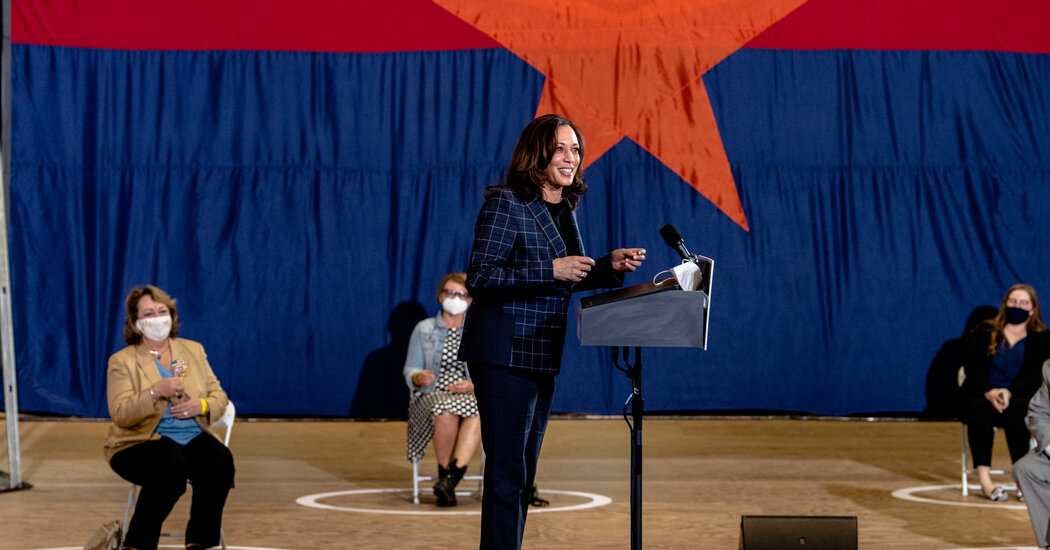 A large majority of Indian-Americans plan to cast ballots for the Democratic ticket of former Vice President Joseph R. Biden Jr. and Senator Kamala Harris, according to a survey released Wednesday, despite elaborate overtures by the Trump White House to win their support.

The survey, by the polling firm YouGov, found that 72 percent of Indian-American voters planned to vote for Mr. Biden, with just 22 percent planning to go for President Trump.

While Indian-Americans hold a wide variety of political views, the presence on the Democratic ticket of Ms. Harris, whose mother immigrated from Chennai, India, has had a galvanizing effect on a voting bloc that could help Mr. Biden in battleground states like Pennsylvania, Florida and Michigan.

Their potential impact on the presidential election highlights the growing importance of Indian-Americans in U.S. politics: As the second-largest immigrant group in the country, Indian-Americans are gaining influence, making political donations, vocally supporting candidates and causes and, most notably, running for office, from the school board to Congress.

“We have arrived,” said Ramesh Kapur, a Democratic Party fund-raiser.

Ms. Harris isn’t the only reason many Indian-Americans support the Democratic ticket this year, Mr. Kapur said. They are also turned off by the president’s frequent attacks on immigrants and people of color, despite standing to gain from Mr. Trump’s economic policies.

“Even though they are supposedly saving taxes, to the Indian-American community, when you get the president of the United States saying to an elected official, ‘Go home,’ that scares the hell out of us,” he said, referring to Mr. Trump’s tweet in July 2019 about a group of four minority congresswomen.