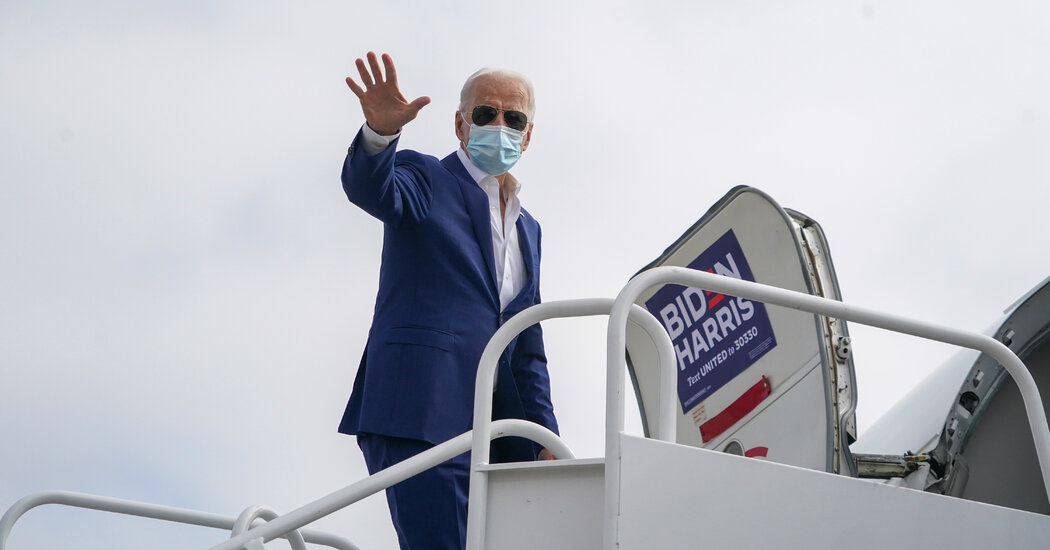 The survey of 500 registered voters shows Mr. Biden ahead of Mr. Trump ahead by three points, 49 percent to 46 percent — within the margin of error of plus or minus four percentage points. Only two percent of registered voters said they were undecided.

Mr. Tillis, the Republican incumbent, is trailing Mr. Cunningham by four percentage points, 48 percent to 44 percent, with only three percent of voters claiming to be undecided, the poll found.

The poll was conducted from Oct. 8 to 11, after the first presidential debate and Mr. Trump’s positive coronavirus test and almost immediately after reports surfaced that Mr. Cunningham had exchanged romantic text messages with a married woman who is not his wife.

Mr. Cunningham, a former state senator and Iraq war veteran, quickly acknowledged the messages and apologized. This poll suggested that the controversy had not damaged him: In a Monmouth survey conducted in September, Mr. Cunningham led Mr. Tillis by just one percentage point, 46 percent to 45 percent.

North Carolina, which Mr. Trump carried by nearly four points in 2016, is a critical battleground. Democrats’ effort to unseat Mr. Tillis are crucial to their hopes of retaking the Senate, which will require gaining either three or four seats, depending on the presidential winner.