Blog | Alphhainc
Home US Biden, asked about expanding the Supreme Court, says he is ‘not a... 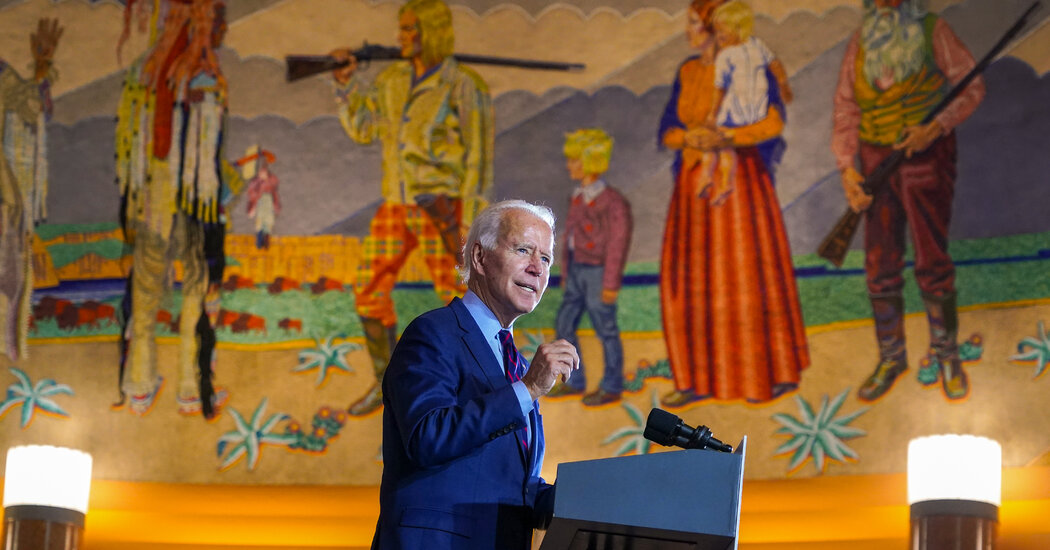 Joseph R. Biden Jr. on Monday gave his clearest answer in weeks regarding his position on expanding the Supreme Court, saying that he was “not a fan” of the concept but preferred to keep attention on Republican efforts to fill the seat of Justice Ruth Bader Ginsburg with their own nominee only weeks before Election Day.

“I’ve already spoken on — I’m not a fan of court packing,” Mr. Biden told WKRC-TV in Cincinnati as he campaigned there on Monday. “But I don’t want to get off on that whole issue. I want to keep focused. The president would love nothing better than to fight about whether or not I would in fact pack the court or not pack the court.”

Mr. Biden, who served for decades as a senator from Delaware, is a consummate institutionalist and as recently as last year had expressed firm opposition to the idea of court packing. Some on the left have called to increase the number of justices on the nation’s highest court as a countermeasure if Republicans rush through Judge Amy Coney Barrett’s confirmation.

Since Justice Ginsburg’s death last month, Mr. Biden has been highly critical of the Republicans’ fast-tracking the confirmation process, noting in recen days that Americans are already voting.But he has also repeatedly dodged questions about whether he would support expanding the court.

“The focus is, why is he doing what he’s doing now?” Mr. Biden said of President Trump. “Why now, with less than 24 days to go in the election?”

Republicans had seized on Mr. Biden’s evasiveness in recent days. During the vice-presidential debate last week, Vice President Mike Pence and Senator Kamala Harris, Mr. Biden’s running mate, clashed about whether she and Mr. Biden supported packing the court, with Mr. Pence demanding a “straight answer” and Ms. Harris declining to give one. Mr. Pence also brought up Mr. Biden’s lack of a clear answer on the issue during a campaign event in Florida over the weekend.