Blog | Alphhainc
Home US Trump surrogates deflected questions about the coronavirus and the debate. 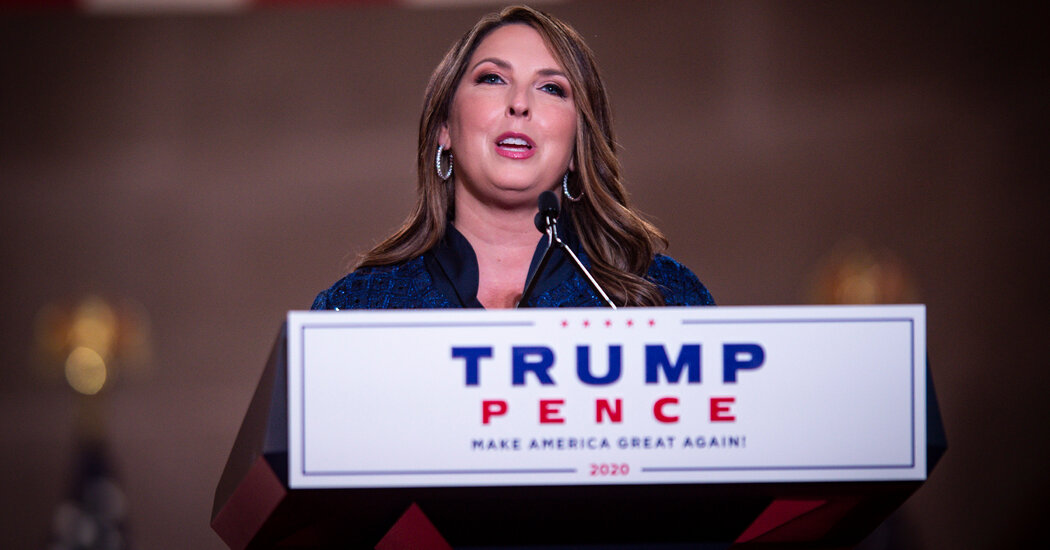 As President Trump continued to trail by double digits in polls, several of his surrogates tried on Sunday to shift attention away from the details of his coronavirus infection and his administration’s handling of the pandemic.

In interviews on the morning talk shows, the president’s son Eric Trump; his daughter-in-law, Lara Trump; and the chairwoman of the Republican National Committee, Ronna McDaniel, repeatedly deflected or responded dishonestly when asked about the president’s flouting of public health guidelines and other matters.

Ms. McDaniel said on CBS’s “Face the Nation” that voters were “frustrated by the corrupt debate commission, that they would cancel a second debate.” The commission didn’t cancel the debate; it announced that it would be virtual to avoid the possibility of coronavirus transmission, and Mr. Trump withdrew.

Ms. Trump, asked on “Fox News Sunday” why she and others in the president’s family had disregarded the mask requirement at the first debate, said no officials had told them to put masks on, even though there is video of an official doing so.

And Eric Trump said on ABC’s “This Week” that his father had received a coronavirus vaccine, which he didn’t; he received treatments for the virus. He also said falsely that Joseph R. Biden Jr. and Kamala Harris wanted to defund the police.

He and Lara Trump both insisted that the administration had done its due diligence by testing attendees at White House events, including the Rose Garden nomination ceremony for Judge Amy Coney Barrett — even though the tests it relied on weren’t meant to be used that way, and even though health experts’ conclusion that Judge Barrett’s nomination was a superspreader event showed the ineffectiveness of that strategy.

When pressed on these and other points, Mr. Trump and Ms. McDaniel berated their interviewers for what they said was insufficient focus on the violence at racial justice protests and on Mr. Biden’s refusal to say whether he would support adding justices to the Supreme Court.

“This is all the media should be focusing on,” Ms. McDaniel said of the court-packing issue, deflecting from a question about whether the president would resume in-person fund-raisers after his illness and, if so, whether his campaign would require masks.

Mr. Biden’s deputy campaign manager, Kate Bedingfield, was in fact questioned sharply on court-packing on CNN’s “State of the Union.”

“This is a hypothetical that they want to throw out right now to distract from the fact that they are trying to ram through a nominee — who, as I said, is going to change the makeup of the court — against the will of the American people,” she said, adding that Mr. Biden’s focus was on preventing Republicans from confirming Judge Barrett, though there is little Democrats can do to prevent that.

When pressed further, Ms. Bedingfield said: “He’s probably answered this question 15 times over the course of the last week. The answer is, I am not going to play Donald Trump’s game. I am not going to allow the terms of this debate to shift to a hypothetical that assumes, by the way, that the Democrats are going to lose here. That’s what’s at the core of this argument they’re making. It assumes that we’re going to lose. Vice President Biden doesn’t accept that.”