Blog | Alphhainc
Home US Gov. Gretchen Whitmer says she is concerned about the rise of right-wing... 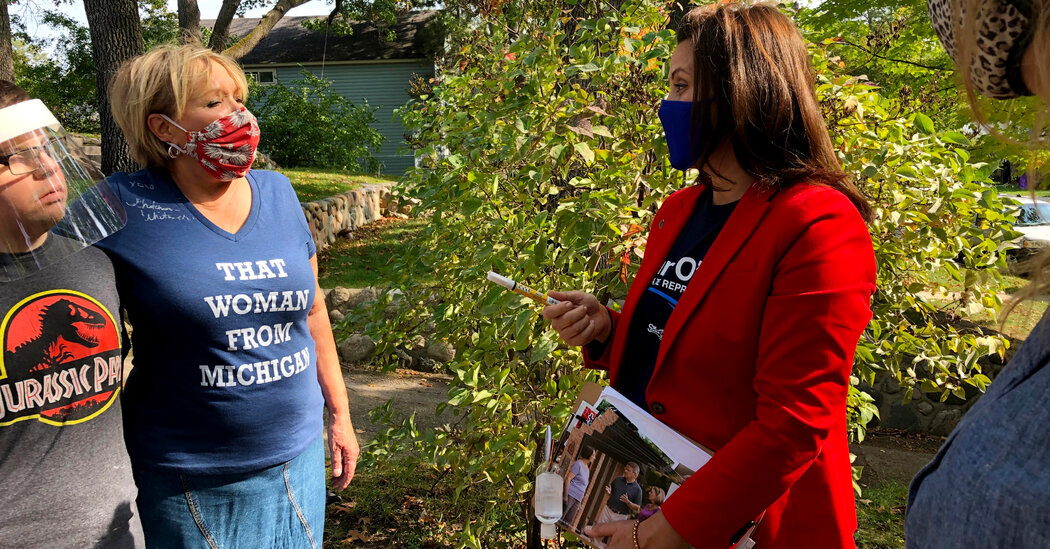 Gov. Gretchen Whitmer of Michigan, who was targeted last week in a planned kidnapping operation by an armed group, whose alleged members have been arrested, said on Sunday that she remains worried about the presence of right-wing militias in her state.

“I do believe that there are still serious threats that groups like this group, these domestic terrorists, are finding comfort and support in the rhetoric coming out of Republican leadership in the White House to our state house,” she said in an appearance on “Face the Nation.”

The F.B.I. and state authorities have arrested 13 men allegedly involved in the plot, which targeted Ms. Whitmer as well as other elected officials and members of law enforcement. Ms. Whitmer, a Democrat, has drawn fierce criticism from anti-government and conservative groups for strict lockdown measures she took to slow the spread of the coronavirus.

In her appearance on “Face the Nation,” Ms. Whitmer implored Michiganders to vote early, and said officials are prepared to ensure the election goes smoothly and every vote is counted in the battleground state.

“We’re going to keep people safe as they go to the polls, and we will not tolerate anyone who is trying to interfere with someone’s ability to safely vote,” she said when asked whether she was concerned about Trump supporters taking it upon themselves to monitor polling stations for voter fraud.

The definitive results of the election will not be available on Nov. 3, she added, given the increase in mail-in ballots and the state’s extended deadline that will allow ballots received two weeks after Election Day to be counted, a move that has also been criticized by Republican legislators.