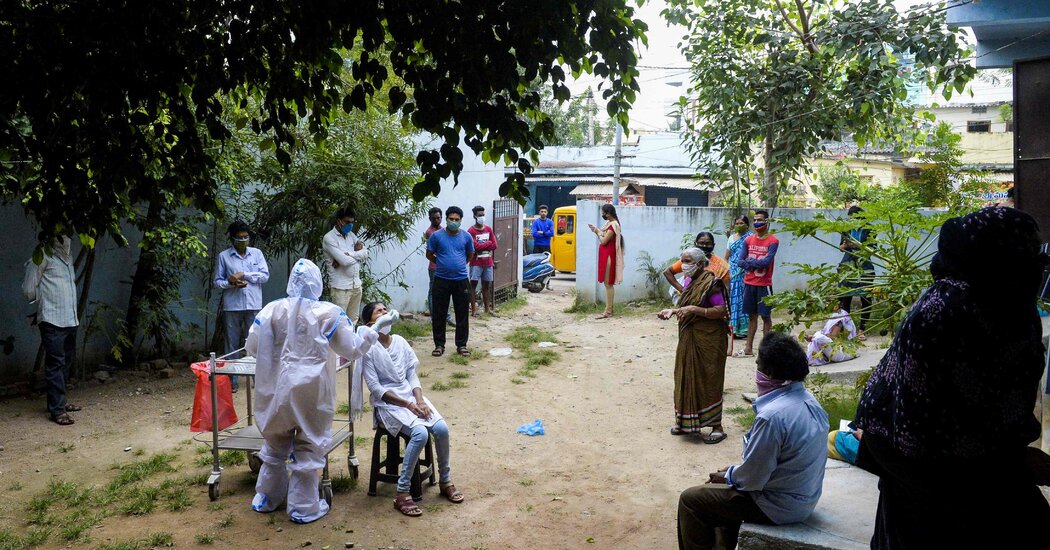 The world recorded more than one million new cases of the coronavirus in the last three days, as one-day records for new infections were set in France, Russia, Nepal and several U.S. states, and as India surpassed seven million total cases.

The number of new cases is growing faster than ever. Deaths and hospitalizations in some countries are also beginning to rise. The pandemic has sickened more than 37 million people and more than one million people have died globally, according to a New York Times database.

A hot spot has emerged in Britain, which has suffered the highest number of virus-related deaths in Europe. Spain and France, which set a record on Friday with 20,339 new cases and then again on Saturday with 26,896, are experiencing a second wave of infections. Russia on Saturday also set a one-day record of 12,673 new cases. Argentina, which has seen more than 90,000 new cases in the past seven days, is a problem zone in South America, as are Brazil and Colombia.

However, the United States is one of the largest contributors to the surging global tally. On Saturday, the country recorded more than 590 new deaths and more than 51,000 new cases. That tally included single-day case records in five states: Alaska, Indiana, Minnesota, Missouri and Oklahoma. All of those states except Oklahoma announced more cases this week than in any other seven-day stretch of the pandemic, as did Colorado, Idaho, Montana, New Mexico, North Dakota, South Dakota and Utah.

Uncontrolled outbreaks continue to spread in the Upper Midwest and Rocky Mountains, and the Northeast is seeing early signs of a resurgence. In Wisconsin, a long-dormant field hospital is being readied for patients. In New York, officials fear clusters in some neighborhoods and suburbs could spread.

Still, the number of new cases nationally remains below the levels seen in late July, when the country averaged more than 66,000 per day. Deaths, though still well below their peak spring levels, have averaged around 700 per day in October. That is far more than the toll in early July.

The new highs in the United States come one week after President Trump himself tested positive for the virus and was hospitalized. Though he has returned to the White House and said repeatedly that he feels “great,” he has continued to play down the effectiveness of masks and routinely sidelined his own public health experts.