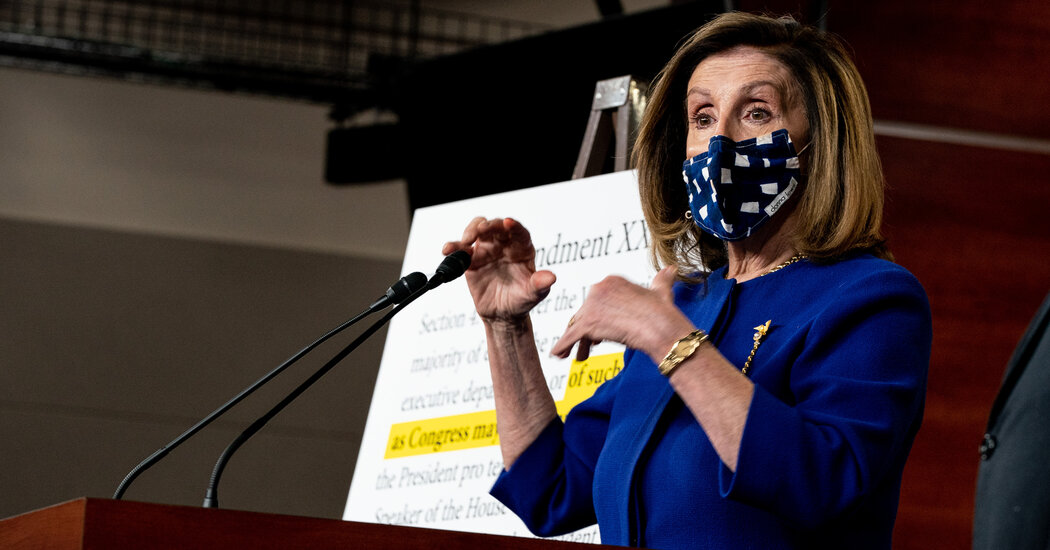 Senate Republicans revolted over the contours of a $1.8 trillion relief proposal that is the Trump administration’s latest and largest offer to House Democrats, further jeopardizing already dim prospects for an agreement on a broad stimulus bill before Election Day.

Even as House Speaker Nancy Pelosi insisted that the offer remained inadequate, many Republican senators lashed into the administration’s approach to the revived negotiations during a conference call on Saturday morning between close to half of the chamber’s Republicans and top administration officials.

The $1.8 trillion proposal that Steven Mnuchin, the Treasury secretary, put forward on Friday was the administration’s biggest offer since bipartisan negotiations began in late summer. The proposal came just days after President Trump abruptly ended negotiations and then, facing a backlash, reversed course and began urgently seeking to secure Democratic support for a deal.

The stark divisions between most Senate Republicans and the White House undercut the potential for an agreement before the election on Nov. 3, even as the country’s economic recovery continues to falter and tens of thousands of Americans, businesses and schools struggle to weather the pandemic without federal relief.

The Republican criticism on Saturday was so severe that Mark Meadows, the White House chief of staff, at one point told the senators on the conference call that he would relay their concerns to Mr. Trump, but that then “you all will have to come to my funeral.” (Mr. Mnuchin concurred.)

Details of the call were described in some manner by seven people briefed on the discussion, who all insisted on anonymity to disclose details of a private conversation.

Most of the senators who spoke on the call signaled an openness to continuing negotiations. However, there was widespread dissatisfaction with how expensive the administration’s offer had become, as well as with the perception that Mr. Mnuchin, in talks with Ms. Pelosi, was relying far more on the Democrats’ proposed $2.2 trillion plan as a baseline than the two more limited proposals put forward by Senate Republicans.

“There’s no appetite right now to spend the White House number or the House number,” Senator Lamar Alexander of Tennessee said on the call, reflecting longstanding concerns among senators eager to protect their credentials as fiscal hawks and stave off primary challengers in the next election cycle.

Senator Marsha Blackburn of Tennessee warned that accepting a bill with Ms. Pelosi’s support would amount to a “death knell” for Republican ambitions to retain their majority in the Senate and would “deflate” the party’s base.

Ms. Pelosi, for her part, informed Democratic lawmakers on Saturday that she found elements of Mr. Mnuchin’s proposal to be inadequate, writing in a letter that “this proposal amounted to one step forward, two steps back.”

“When the president talks about wanting a bigger relief package, his proposal appears to mean that he wants more money at his discretion to grant or withhold,” Ms. Pelosi wrote, adding “at this point, we still have disagreement on many priorities.” She ticked off a number of unresolved issues, including what she said was insufficient funding for unemployment benefits, child care, funding for state and local governments and “reckless” liability protections that Republicans have insisted are a priority.