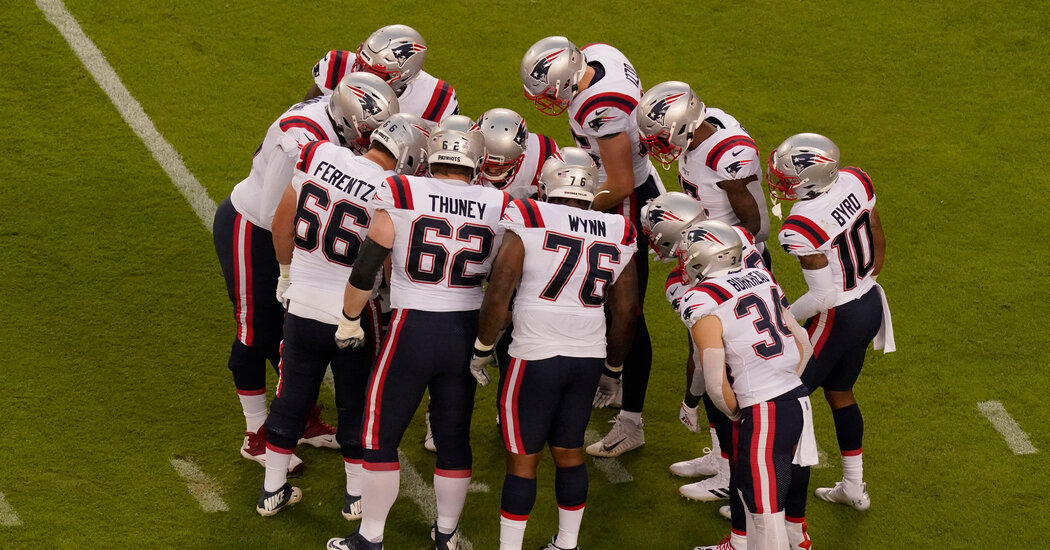 The N.F.L. has indefinitely postponed Monday’s game between the Denver Broncos and the New England Patriots, the latest reshuffling of the league’s schedule to accommodate the rash of positive tests for the coronavirus.

The league had already pushed back the game from Sunday to Monday after Stephon Gilmore, the team’s star defensive back, tested positive. The team returned to practice Saturday, but another presumptive positive test Sunday forced the league to act before the Broncos left Denver for Foxborough, Mass.

The league has not said when or if the game will be made up. Because this week will now serve as the bye week for both teams, there are no other openings on their schedule unless other games are moved, or the league adds an additional week to the season for makeup games. The Patriots were originally scheduled for a bye in Week 6, and the Broncos had a bye in Week 8.

The Tennessee Titans, who have been grappling with the biggest outbreak in the league, shut down their team facility on Sunday after another staff member tested positive, according to the NFL Network, throwing in doubt the team’s upcoming game against the Buffalo Bills, already pushed back to Tuesday.

The Titans have reported two dozen positive cases among its players, coaches and staff members in the past several weeks. The league has already pushed the Titans-Steelers game back three weeks, to Oct. 25.

The N.F.L. told teams this week they would risk severe penalties, including the loss of draft picks, stiff fines and potentially the forfeiture of games if they do not follow the league’s safety protocols.