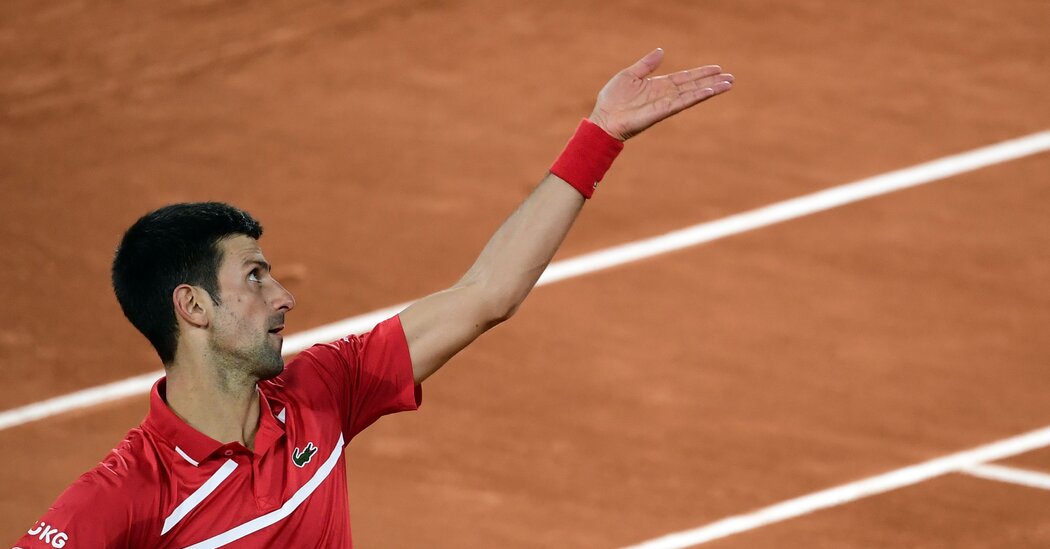 How to watch: 9 a.m. Eastern on NBC; streaming on the NBC app.

Rafael Nadal, a 12-time French Open champion, has never lost a final at Roland Garros and has never been pushed past four sets. In this year’s tournament, Nadal has once again appeared entirely dominant on his favored red clay, and has yet to drop a set in any match.

Novak Djokovic, the top seed and 17-time Grand Slam singles champion, is on a quest to win each of the four Grand Slam events for a second time.

It is important to bring up the final member of the tennis triumvirate, Roger Federer, who did not play in this year’s French Open or United States Open as he recovers from knee surgery. Federer holds 20 Grand Slam singles titles, and both Nadal and Djokovic are on his heels. Nadal could secure his 20th major title on Sunday to tie that men’s record, while Djokovic could win his 18th.

Djokovic and Nadal are two generational talents whose styles of play have helped define the modern game. Djokovic’s defensive style of play, characterized by sliding into defensive positions to recover to the center of the court more easily, is emulated by many top professionals who are looking to follow the Big Three.

On the other hand, it is hard to name anyone who emulates Nadal’s powerful, aggressive topspin shot making, possibly because there is no one who can. Nadal can use his style to bludgeon players who allow him to step inside the baseline, or as a defense, looping high balls into the far corners of the court if he needs to break up the momentum of a point and reset.

This will be the 56th meeting between the two legends, Djokovic and Nadal, and it is still unclear just how much longer they will be able to maintain their status as the top of the men’s game.

That lack of clarity about the future only adds to the grandeur of this match.

Democrats in many races are moderates. Republicans are casting them as...