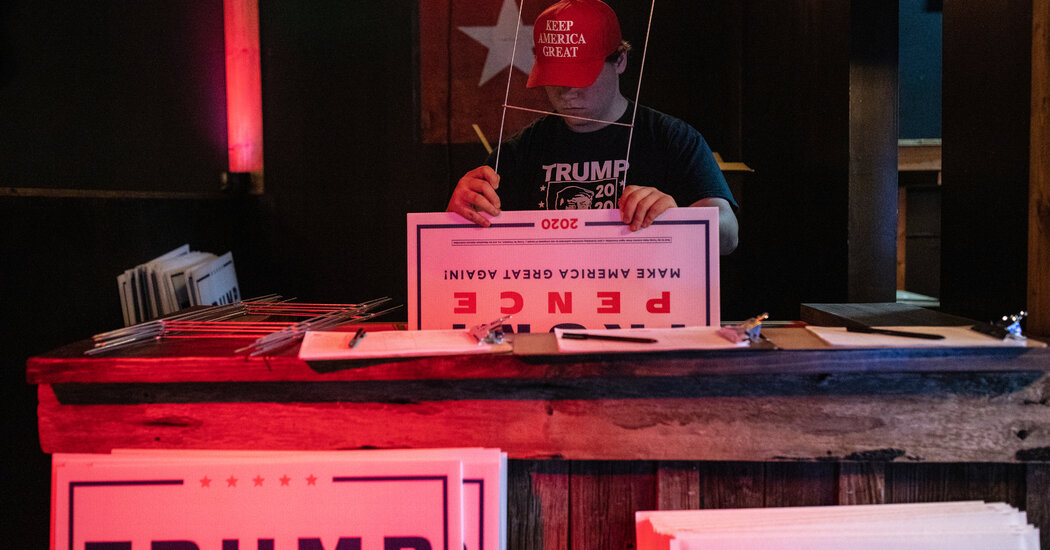 He is trailing not just in must-win battlegrounds but according to private G.O.P. surveys, he is repelling independents to the point where Mr. Biden has drawn closer in solidly red states, including Montana, Kansas and Missouri, people briefed on the data said.

Nowhere has Mr. Trump harmed himself and his party more than across the Sun Belt, where the electoral coalition that secured a generation of Republican dominance is in danger of coming apart.

“There are limits to what people can take with the irresponsibility, the untruthfulness, just the whole persona,” said Jeff Flake, the former Republican senator from Arizona. Mr. Flake is crossing party lines to support Mr. Biden, who made his first visit of the general election to Arizona on Thursday.

Many of the Sun Belt states seemingly within Mr. Biden’s reach resisted the most stringent public-health policies to battle the coronavirus. As a result, states like Arizona, Georgia and Texas faced a powerful wave of infections for much of the summer, setting back efforts to revive commercial activity.

Mr. Biden is mounting an assertive campaign and facing rising pressure to do more in the historically Republican region. He is buttressed by a fund-raising gusher for Democratic candidates, overwhelming support from people of color and defections from the Republican Party among college-educated whites in and around cities like Atlanta, Houston and Phoenix.

“Cities in states like Arizona and Texas are attracting young people, highly educated people, and people of color — all groups that the national Republican Party has walked away from the last four years,” said Mayor David F. Holt of Oklahoma City, a Republican. “This losing demographic bet against big cities and their residents is putting Sun Belt states in play.”