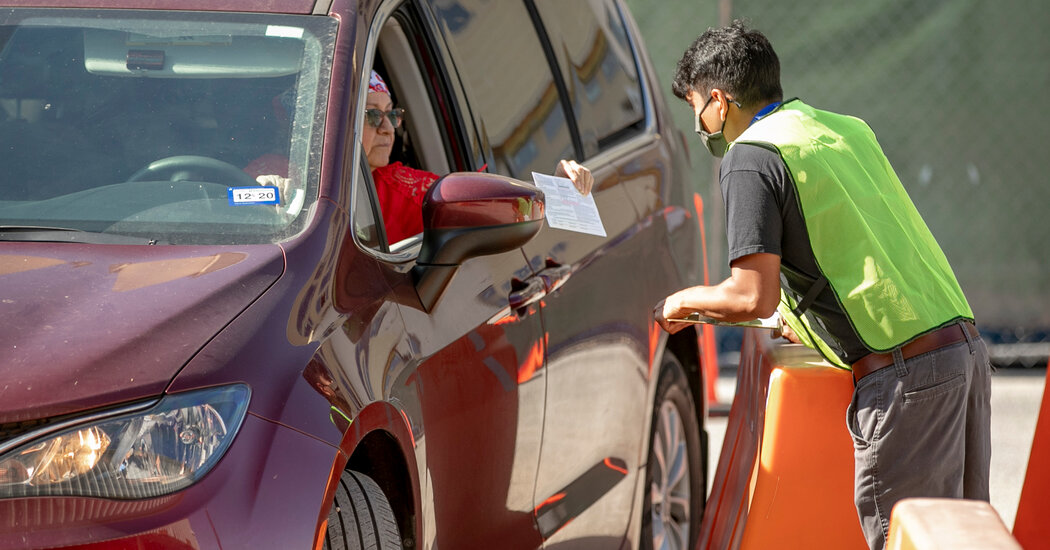 A federal judge in Texas on Friday blocked Gov. Greg Abbott’s move to limit counties in the state to one ballot drop-off site each.

“The public interest is not served” by the governor’s order, Judge Robert Pitman of the U.S. District Court for the Western District of Texas said in granting a preliminary injunction against the order.

The Texas League of United Latin American Citizens and other civil rights organizations had sued the governor over his order. The plaintiffs showed that the move “likely violates their fundamental right to vote,” Judge Pitman said in his ruling, which the state is likely to appeal.

The public interest is best served by “ensuring that qualified absentee voters, who comprise some of the most vulnerable citizens in Texas, can exercise their right to vote and have that vote counted,” the judge wrote.

Mr. Abbott’s proclamation last week was criticized by some as a move to suppress voting, particularly Democratic votes, as the limit on drop-off sites would have a harsher impact on the state’s more densely populated areas, which typically vote more heavily for Democrats.

The state’s decision to reduce options for locations where voters can drop off their ballots came as questions of voting rights, voter suppression and the integrity of the election have emerged as major issues in the 2020 campaign. It also followed disputes over drop boxes in other states, including Ohio and Pennsylvania.

Spokesmen for Mr. Abbott and the secretary of state, Ruth Hughs, who is also named in the suit, did not immediately respond early Saturday to requests for comment about the ruling.

In a statement last week announcing the proclamation, the governor said that the move would enhance “ballot security protocols.”

“These enhanced security protocols will ensure greater transparency and will help stop attempts at illegal voting,” he said.

There is no evidence that mail-in ballots lead to widespread fraud.

Gilberto Hinojosa, the Texas Democratic Party chairman, said in a statement on Friday that Judge Pitman’s order “followed well-established law and stopped the governor from making up election rules after the election started.”

“This isn’t the first time Abbott and Texas Republicans have tried to suppress the vote,” he said, “and it won’t be the last.”