Blog | Alphhainc
Home US Trump and Biden are statistically tied in Georgia, new poll finds, with... 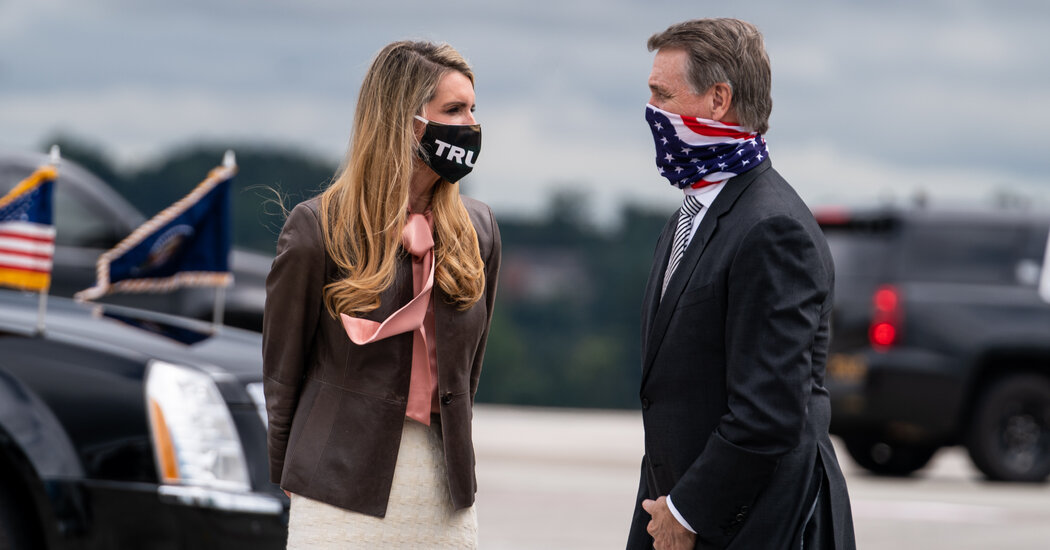 President Trump and Joseph R. Biden Jr. remain locked in a tight race in Georgia, and the state’s two Senate seats, which are both up for grabs, are competitive, according to a poll of state voters released Friday.

The survey, conducted by the University of Georgia, shows Mr. Trump and Mr. Biden in a statistical tie: Mr. Trump has 47.5 percent support and Mr. Biden has 46.4 percent, a difference well within the poll’s margin of error of plus or minus 4 percentage points. Only 3.4 percent of registered voters said they were undecided.

In the other Senate race, Senator Kelly Loeffler, who was appointed to her seat late last year by Gov. Brian Kemp, is in a special election that includes candidates from both parties. If no candidate receives more than 50 percent support in November, the race will proceed to a January runoff between the top two candidates, which could prove important in a narrowly divided Senate.

The Rev. Dr. Raphael Warnock, a Democrat, leads the entire field, according to the poll, with 28 percent of voters saying they would back him. Ms. Loeffler is in second-place, with roughly 22 percent support. She is shown to be only narrowly ahead of another Republican, Representative Doug Collins, who garnered about 21 percent support.

Ms. Loeffler’s and Mr. Collins’s combined 43 percent support indicates that a plurality of Georgia’s voters support a Republican for the seat.

Matt Lieberman, the son of former Senator Joseph I. Lieberman of Connecticut, trails the field with only 3 percent support and is facing calls to withdraw rather than split the Democratic vote.

The University of Georgia poll of 1,106 likely voters was conducted by telephone from Sept. 27 to Oct. 6, a period that included the first presidential debate and the news that Mr. Trump had tested positive for the coronavirus.

A New York Times/Siena College poll of Georgia voters conducted last month similarly found Mr. Trump and Mr. Biden to be tied; Mr. Perdue was up in his race against Mr. Ossoff by 3 points; and Ms. Loeffler was leading the field in the special election with 23 percent support.

States like Georgia and Texas have long been seen by Democrats as places where demographic change could lead to future electoral success and help carve new paths to the presidency. With Georgia’s 16 electoral votes on offer, an upset win for Mr. Biden there would open up several ways to amass the 270 electoral votes the victor will need.

Europe’s virus numbers look like they did in the spring: high and getting higher.