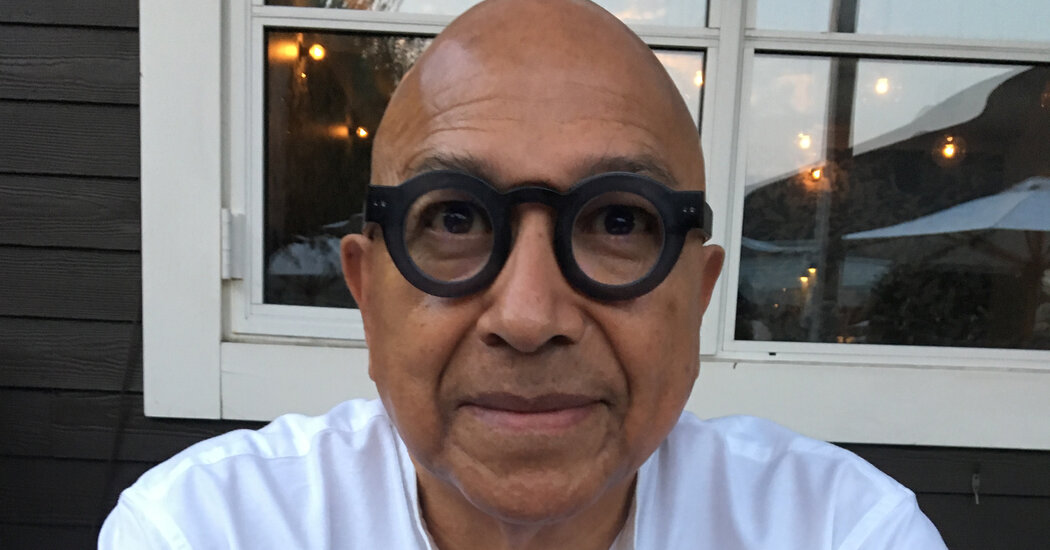 Throughout the 1980s and ’90s, Mario J. Aranda, an advocate for immigrants’ rights, was a vocal and visible presence in Chicago, appearing in local media and fighting political battles.

“It was advocacy all over the place,” is how Mario Aranda Jr., Mr. Aranda’s oldest son, described his father. “He saw need and jumped in.”

Mr. Aranda in those years was head of bilingual education for the state of Illinois. He served as executive director of the Latino Institute, a policy and advocacy organization. He worked on Harold Washington’s successful 1983 mayoral campaign, bringing out the Latino vote for Chicago’s first Black mayor. In 1993, he was named president and publisher of Exito!, a Spanish-language newspaper owned by the Chicago Tribune.

A member of the Church of Jesus Christ of Latter-day Saints, Mr. Aranda was also a leader of his local church and the father of seven children. He was on the commuter train to work before dawn each day.

Then in the early 1990s Mr. Aranda underwent what his family and friends described as a distancing from that life. His marriage of nearly 30 years ended, and he came out as a gay man. He left his corporate job and activist roles in Chicago and around 1996 moved to California, where he built a new life in the Bay Area and eventually remarried.

“I remember him telling me, very clearly, he never wanted to wear a necktie again,” his daughter Xan Aranda said. “The last 10 years or so he came into his most beautiful incarnation. He had a lively laugh and a cleareyed, vibrant smile.”

Mr. Aranda died on Aug. 26 at California Pacific Medical Center in San Francisco. He was 79.

His daughter said the cause was Covid-19.

Mario Jaime Aranda was born on July 14, 1941, in Bella Vista, Chihuahua, Mexico, to Salomón Aranda and Angela (Carrasco) Ivey. The family lived in a Mormon colony and immigrated to the United States in the 1950s when Salomón was hired at Brigham Young University to teach painting.

Mario Aranda enrolled at B.Y.U., cleaning toilets to pay his tuition. He married a fellow student, Dana Rosado, in 1965, and the couple moved to Chicago a decade later when Mr. Aranda was hired by the Illinois department of education to institute bilingual classes in schools.

Early in his life, Mr. Aranda’s mother got him to read Gandhi and focus on peace, activism and literature. The discrimination he and his family faced as Mormons in Mexico and then as Mexican immigrants in America further sharpened Mr. Aranda’s resolve to question power structures and give dignity and opportunity to marginalized people.

“It strengthened him to speak truth to power,” Mario Jr. said.

Mr. Hinson met Mr. Aranda in 2000, when he was working as a clinical director at a women’s shelter in the East Bay. The person he came to marry was still committed to improving people’s lives and became devoted to his new family, and helped to raise Mr. Hinson’s children from a previous marriage. By then, Mr. Aranda had left the Mormon Church and was on a kind of spiritual quest.

Finally able to slow down a bit in retirement, he was reading philosophy, swimming, hiking and meditating.

“He was constantly engaged, constantly talking to other people and seeking advice. He’d go through volumes and volumes of books,” Mr. Hinson said. “His mind never retired.”