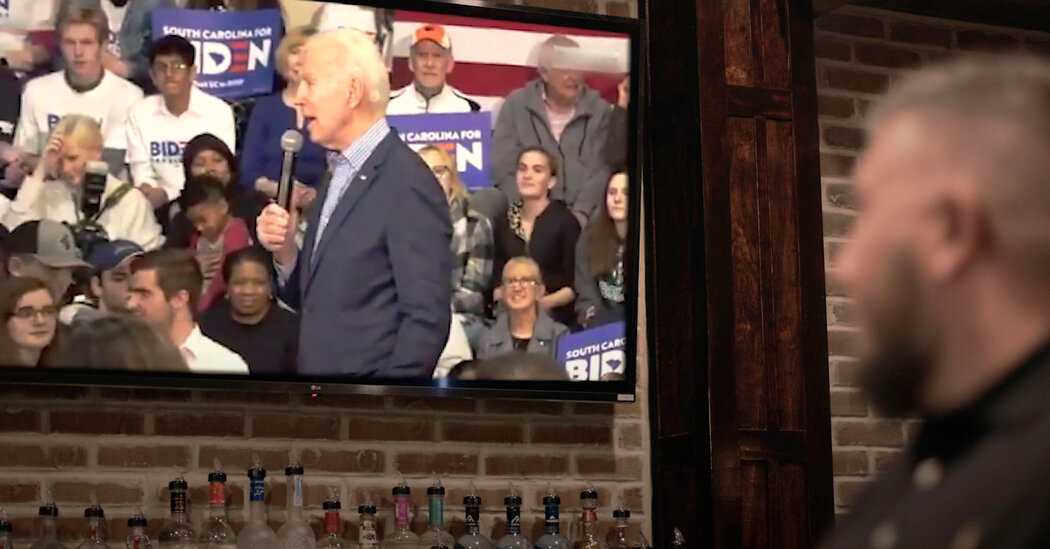 America First Action, the super PAC delegated by President Trump as his main conduit for big-donor spending, is embarking on a new $10 million television and digital campaign in Pennsylvania, Wisconsin and Florida to a counter a wave of Democratic advertising.

The PAC, eschewed by some major donors who fear it is too closely tied to the president and his family, has been ramping up its activities in recent months, thanks to an infusion of cash from new benefactors and by shuffling millions from an associated dark-money group into its advertising operation.

The bare-bones ad features three white men and one white woman sitting, mask-less, in a bar reacting to a video of Joseph R. Biden during a pre-pandemic campaign rally saying “your taxes are going to be raised, not cut.”

The clip has been edited to remove the larger context of his remarks — that he has promised to eliminate tax cuts for families earning over $400,000 passed by Mr. Trump and Republicans in Congress, which would not impact a vast majority of working- and middle-class taxpayers.

The ad will run statewide in Pennsylvania, starting this week, for a total cost of $5.5 million, adding to the $18.4 million the group has already spent in the state.

America First, run by the longtime Trump ally Linda McMahon, the former head of the Small Business Administration, has spent about $119 million since April.

In the last month, some of the party’s megadonors have poured $80 million into a new committee, Preserve America, that has been running ads in battleground states, especially Florida, to counter enormous ad buys by Michael R. Bloomberg, the former mayor of New York and a Biden ally.

Even with the new spending, Mr. Trump and his related committees are being significantly outspent, thanks to a wave of small-donor contributions to Mr. Biden’s campaign and through the party’s ActBlue online fund-raising platform.