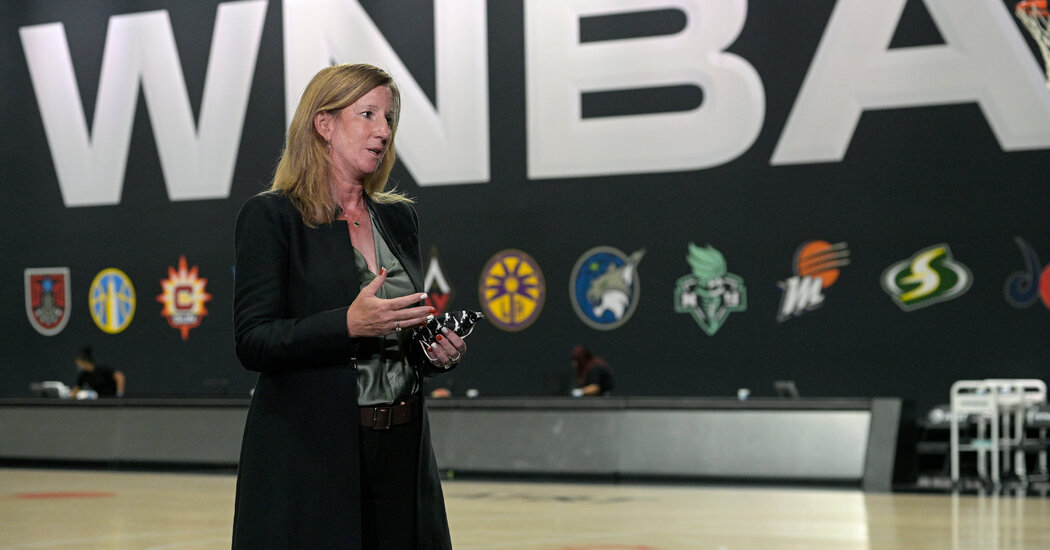 The opener of the W.N.B.A. semifinal playoff series between the Seattle Storm and the Minnesota Lynx was postponed nearly 90 minutes before its scheduled tipoff Sunday because of inconclusive coronavirus test results for Storm players.

“Players with inconclusive results have undergone additional testing today and are currently in isolation,” the league said in a statement, adding that the postponement was “out of an abundance of caution.”

The Lynx already had arrived at the arena and some of the players had been warming up when they were told the game was postponed.

The league didn’t immediately announce when Game 1 of the best-of-five series would be played. It was to be the second of two playoff games on Sunday; the top-seeded Las Vegas Aces lost to the Connecticut Sun, the No. 7 seed, in the first game, 87-62.

The second games in both series were scheduled for Tuesday night.

The W.N.B.A. made it through a shortened 22-game regular season with a few false positive tests for the coronavirus, but no players had tested positive once the season started. The season is being played inside a bubble environment at IMG Academy in Bradenton, Fla.

Everyone inside the bubble has been tested for the virus every day.

The Storm, the No. 2 seed, are led by Breanna Stewart and Sue Bird. They tied with the Aces for the league’s best record at 18-4 but lost the tiebreaker for the top overall seed in the playoffs. Seattle is up against the No. 4 seed, the Minnesota Lynx, who have this season’s award winners for rookie of the year, Crystal Dangerfield, and coach of the year, Cheryl Reeve.

A federal court says Tennessee can’t require first-time voters to appear in person at the polls.

In Arizona, Trump dismisses the virus and again claims Democrats will ‘destroy’ the suburbs.

In Arizona, Trump dismisses the virus and again claims Democrats will...

In Arizona, Trump dismisses the virus and again claims Democrats will...

Pelosi and Mnuchin are racing against a Tuesday deadline for a...

A vote-by-mail drop box was set on fire in a Los...