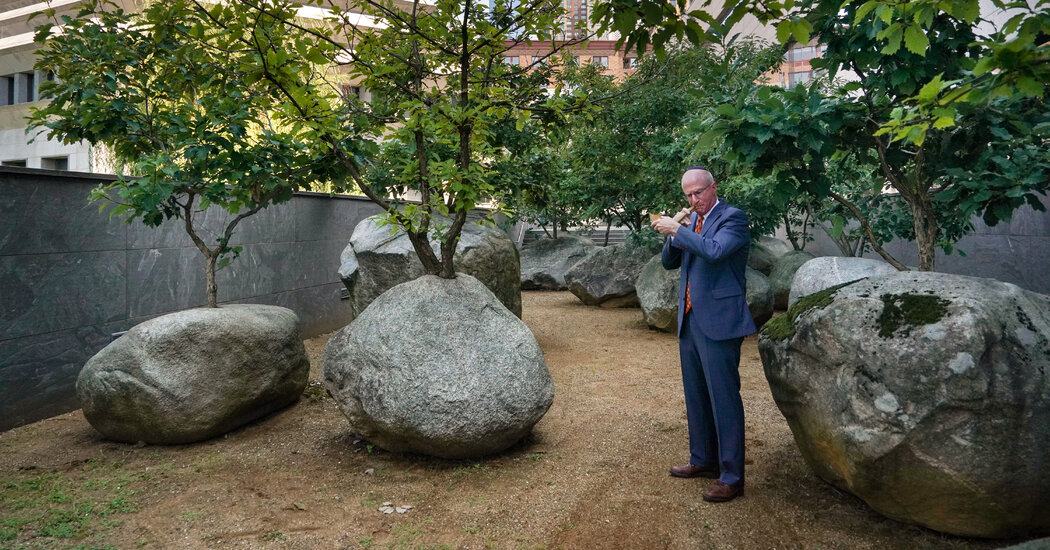 Rosh Hashana, it is written, begins on Friday evening, the first day of the holy month of Tishrei. But at the Brooklyn Heights Synagogue, like many other congregations, preparations for this year’s High Holy Days services began far earlier, and were vastly different.

With the coronavirus pushing services online, the synagogue had to hire a video and sound crew, prerecord some parts of the service and arrange for multiple clergy members to lead the worship live, each beaming in from a different location, like news reporters covering a hurricane.

“I feel like I have learned how to be a 1950s live television producer,” said Serge Lippe, the senior rabbi of the synagogue, a reform congregation. “I have been running a show and producing cuts and all kinds of things I have never had to think about.”

The first Jewish High Holy Days of the coronavirus era will be celebrated this weekend, and for synagogues across New York the learning curve has been steep.

Many synagogues have livestreamed weekly services during the pandemic, but turning the holidays — which include Rosh Hashana, the Jewish New Year and Yom Kippur — into online celebrations is more complicated than just pointing a camera at the rabbi and logging on to Zoom.

The coronavirus has profoundly disrupted religious life by turning worship services into potentially deadly super-spreader events. And it has deeply affected the Jewish community in New York, arriving on the eve of another holiday, Purim, and exacting a heavy toll among Orthodox Jews in Brooklyn and elsewhere.

For many Jewish communities, the threat of the virus has turned Rosh Hashana and Yom Kippur, which begins on the night of Sept. 27, into online-only events. But that excludes the Orthodox, who are taught to eschew technology on the Sabbath and who plan in-person celebrations of the High Holy Days.

For them, the holidays will be celebrated in synagogues, parking lots and outdoor tents with as many pandemic precautions as possible, said Motti Seligson, a spokesman for the Chabad movement, which is one of the largest Jewish organizations in the world.

Services in the New York area will limit the number of people in attendance, mandate social distancing and face masks and — in at least one synagogue on Long Island — erect a sheet of plexiglass to separate the rabbi and worshipers, he said.

But not every Orthodox group is being as careful. Last weekend, the Satmar Hasidic movement posted pictures from an official Twitter account that showed thousands of worshipers standing shoulder to shoulder inside a synagogue in Orange County.

The images raised concern about the spread of the virus among Hasidic Jews, whose community was hard hit by the pandemic in the spring amid numerous examples at funerals and schools where social distancing protocols were not observed.

In Brooklyn, Rabbi Lippe said, the “synergies” of a normal celebration, which might normally draw 1,000 people to his congregation, may be absent this year, but the spiritual heart of the holiday will remain.

“We know there will be bloops and blunders along the way, but the High Holy Days are not supposed to be a polished Hollywood production,” he said. “They are a very human effort that recognizes our imperfections, and many of those imperfections will be on display as we make this effort to worship together remotely.”

The Brooklyn Heights Synagogue is far from alone.

Central Synagogue in Manhattan began planning its holiday services in the spring, said its senior rabbi, Angela Buchdahl. Instead of dwelling on all the things they could not do, she said, they decided to focus on the creative opportunities a virtual celebration could provide.

That includes a dance performance planned for Yom Kippur and a High Holy Days box sent to worshipers that was filled with items to help them create a sanctuary at home, including a miniature ark designed by an Israeli artist.

Their online service will also include the prerecorded blowing of a shofar, or ram’s horn trumpet, that was used in 1944 by Jewish prisoners at Auschwitz to welcome the new year. The horn is currently on display at the Museum of Jewish Heritage near Battery Park in Manhattan.

“For us to be able to use this symbol of resilience and strength, especially in a year like this, feels particularly powerful,” she said.

Romemu, a synagogue on the Upper West Side of Manhattan, was one of the first Jewish congregations in New York to shut down when the coronavirus swept through the city in March. It has also livestreamed its Shabbat services for roughly a decade, said Jeff Cahn, its executive director.

But putting together an online-only version of Judaism’s most sacred celebrations has still been a challenge, he said. Their holiday goal has been to put everything they have learned from the last six months of online Shabbats to good use, he said.

“This has all been an interesting thing for synagogues, which are not used to thinking like digital media companies,” said Mr. Cahn. “In some ways, we used to be a theater company with live stage performances every week, but now we are a TV company.”

In the weeks leading up to Rosh Hashana, Romemu also sent congregants a holiday kit they could use to create a sacred space at home. It included a bandanna that can double as an altar cover or a face mask, Mr. Cahn said.

Its service will include a “prayer team” that will lead worship while standing at socially distanced intervals on a grassy lawn, he said, as well as musicians and a zoom choir with singers logging on from New York, California and Israel.

“In the early days of TV, they just took a stage production and got a wide lens and filmed it and that is kind of how we have been doing live streams,” he said. “Now we are thinking, ‘OK, this is TV, how do we make this have impact?’”

But, Mr. Cahn said, he had begun to wonder whether putting on a dazzling online ceremony might create a new set of spiritual problems. After months stuck at home binge watching Netflix, at what point does an online event just become another form of entertainment?

“This is not a spectator experience where people come to watch other people pray or to watch the rabbi pray,” Mr. Cahn said of his congregation’s in-person services, which are known for their energy. “Now that has been removed and the danger is that it all becomes another TV show — you sit on the couch and kick your feet up and just watch the prayers.”

But that is not a concern felt by many in the city’s Orthodox communities, whose avoidance of technology on the Sabbath and High Holy Days is part of a commitment to more traditional interpretations of religious law.

For those who are unable to attend an in-person service, Rabbi Seligson said, Chabad had also published a downloadable guide — in partnership with a publishing company, Kehot Publication Society — on how to celebrate Rosh Hashana at home.

Shofars will also be blown in parks and on street corners across the city by volunteers as part of a longstanding drive, which draws people from all denominations of Judaism, to make the tradition accessible outside the walls of a synagogue, he said.

“Judaism is not a spectator faith; it is not one that you watch, it is one that you experience,” Rabbi Seligson said. “People want to be in some kind of sacred environment.”