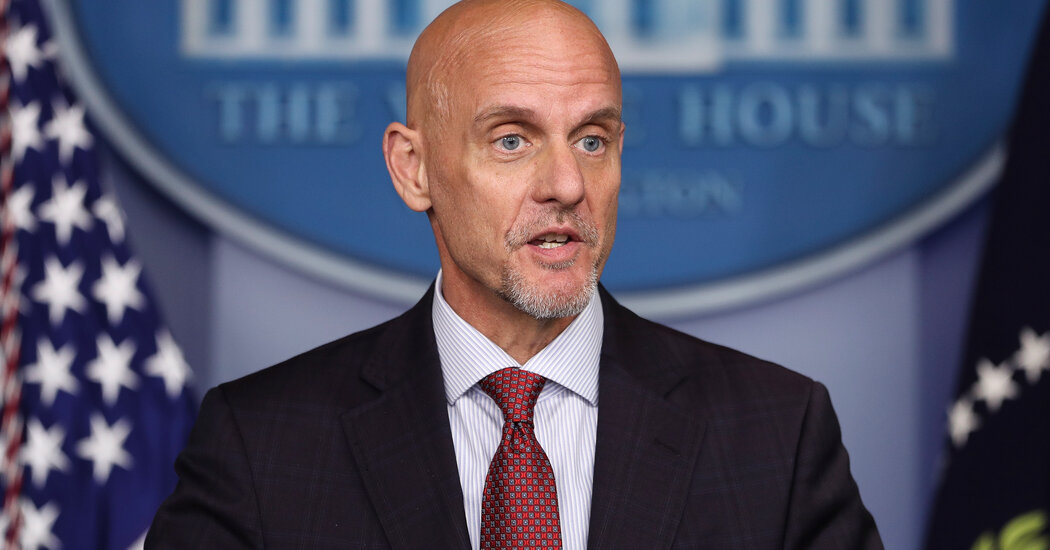 WASHINGTON — As President Trump continues to suggest a coronavirus vaccine could be ready before Election Day, top regulators at the Food and Drug Administration issued an unusual statement on Thursday promising to uphold the scientific integrity of their work and defend the agency’s independence.

In an opinion column published in USA Today, eight directors of the F.D.A.’s regulatory centers and offices warned that “if the agency’s credibility is lost because of real or perceived interference, people will not rely on the agency’s safety warnings.” While they did not mention Mr. Trump or other political leaders, the context appeared clear.

“We absolutely understand that the F.D.A., like other federal executive agencies, operates in a political environment,” they wrote. “That is a reality that we must navigate adeptly while maintaining our independence to ensure the best possible outcomes for public health.”

They added, “We and our career staff do the best by public health when we are the decision makers, arriving at those decisions based on our unbiased evaluation of the scientific evidence.”

The pledge by career scientists in the federal government came amid mounting concerns over the role the White House has played in emergency approvals for coronavirus therapies, including convalescent plasma and the malaria drug hydroxychloroquine, which the agency later revoked.

A day before plasma received emergency approval last month, Mr. Trump accused officials at the F.D.A. of being part of a “deep state” — his moniker for career civil servants he believes betray his agenda — that was deliberately slow-walking therapies and vaccines. Top officials at the agency, including political appointees, have been frustrated in recent weeks by comments Mr. Trump has made about his contact with pharmaceutical companies and his efforts to speed progress on vaccines, giving the impression the White House is playing a regulatory role.

The statement in USA Today was written in large part because of fears over political influence on the F.D.A., including from the White House, according to senior administration officials familiar with the effort.

Dr. Stephen M. Hahn, the F.D.A. commissioner, praised the statement on Thursday, writing on Twitter that members of the group “took the initiative to independently express their steadfast trust in the expertise and commitment of our organization.”

“I wholeheartedly agree with them,” he said.

The specter of political arm-twisting with vaccine approvals has grown as several drugmakers entered large late-stage trials this summer. Mr. Trump told reporters on Monday that “we’re going to have a vaccine very soon, maybe even before a very special date. You know what date I’m talking about.”

That timeline, framed around Election Day, has been widely challenged by the administration’s top health officials, who have said that a vaccine approval by early November was improbable. Nine pharmaceutical companies issued a joint pledge on Tuesday that they would “stand with science” and not put forward a vaccine until it had been thoroughly vetted for safety and efficacy.

Brian Morgenstern, a White House spokesman, said in a statement on Thursday that “President Trump, his administration and the scientific community are dedicated to delivering a safe and effective vaccine as quickly as possible while ensuring that any approvals will be based on data and thorough medical and scientific reviews by career professionals and an independent review board.”

“This false narrative that Democrats and some in the media are advancing, suggesting that politics is influencing approvals, is unconscionable and dangerous,” he said.

Polling published on Thursday by the Kaiser Family Foundation revealed that 62 percent of Americans are concerned that political pressure from the administration will lead the F.D.A. to rush a vaccine approval. Four in 10 adults said that the agency was paying “too much attention” to politics in reviewing and issuing approvals for therapies.

The F.D.A. is still defending its decision to issue an emergency use authorization for blood plasma at an event with the president, where Dr. Hahn exaggerated the effects of the treatment with misleading data he walked back a day later. White House officials had repeatedly pressed senior health officials to issue the approval.

In an interview on Thursday with the Economic Club of Washington, D.C., Dr. Hahn said that the “totality of evidence was in support of that authorization.”

“I want to reassure the American people, we will revisit that decision when we have the data that justify re-looking at it,” he said.

Dr. Hahn also refused to commit to a particular timeline for a vaccine, saying that data from clinical trials would first be evaluated by an independent monitoring board. When the F.D.A. reviews data, it will not “cut corners,” he said.

“I don’t have a crystal ball here,” he said. “It would be really inappropriate for me to speculate, because, again, we haven’t seen the clinical data.”

Asked whether the F.D.A. commissioner had the independence needed under the law, Dr. Hahn promised that the agency would “independently call the balls and strikes on medical products” and would lean on its career scientists.

Dr. Hahn has also publicly committed to vet any vaccine approval through an advisory committee of outside experts, who typically review clinical trial data before a new vaccine is approved.

Dr. Peter Marks, the F.D.A.’s top vaccine regulator and one of the authors of the USA Today column, reiterated in an online event on Thursday sponsored by Duke University’s Margolis Center for Health Policy that an emergency authorization for a limited part of the population would first go to such an advisory committee.

U.N. Gets OK to Aid Crippled Yemen Tanker After Months of...