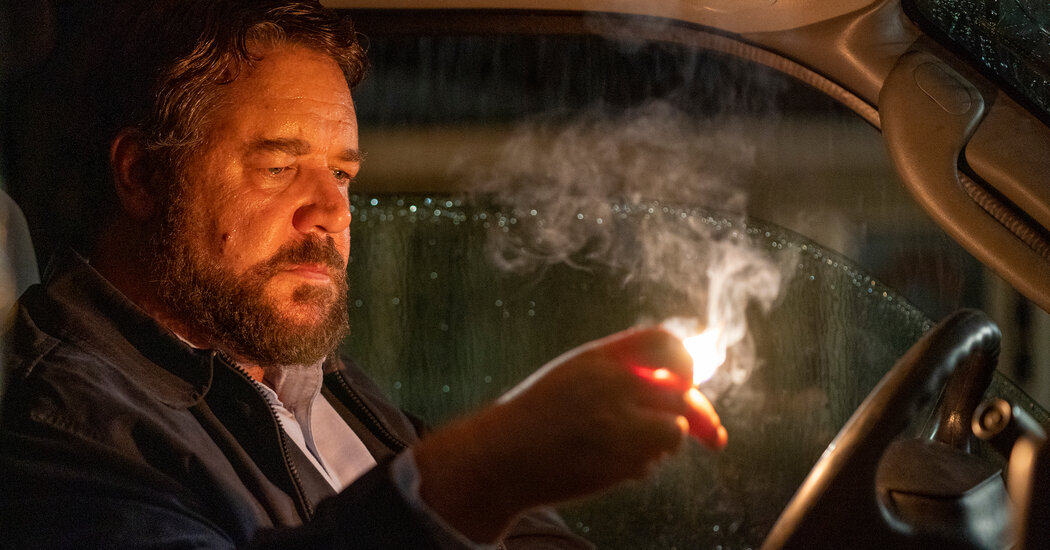 This weekend Hollywood took a toe dip back into theaters with the wide release of “Unhinged,” the Russell Crowe thriller that opened Friday in 1,823 locations across the country, including drive-ins in California and large cineplexes in San Antonio, Tex., Oklahoma City and Orlando.

The film cost $33 million to make and earned just $4 million its opening weekend — a figure that would normally disappoint. But with theaters operating at a maximum of 50 percent capacity, it is seen as a relative success. Five months after all theaters shut because of the coronavirus, this weekend showed the country’s cautious interest in returning to the movies.

Mark Gill, the chief executive of Solstice Studios, the independent studio behind the film said he expected “Unhinged” to generate at least $30 million in North American box office receipts. It has already earned $8 million internationally.

“The fact that we will get to our goal in these crazy uncertain times feels like a gigantic relief,” he added.

Twenty-six percent of U.S. screens were open this weekend in some 44 states, each operating at limited capacity with additional safety protocols like mask wearing and touchless ticketing. Seven states, including California, New Jersey and New York, which account for close to 25 percent of the national box office, are still not permitted to open their cineplexes. Drive-in theaters in three California locales, including Los Angeles and San Francisco, generated the highest grosses of the weekend.

The results, although modest, have Hollywood carefully optimistic about what’s possible for the remaining weeks of summer. Next weekend, Disney will open in theaters its long-delayed X-Men spinoff “New Mutants,” while “Unhinged” adds some 500 screens to its release. On Sept. 3, Warner Bros. will finally debut the highly anticipated and oft-delayed Christopher Nolan thriller “Tenet” in the U.S. The theater industry hopes to have 70 percent of the nation’s screens open by that date.

For Mr. Gill, the added competition should help make the case for returning to the movies.

“Theaters that have been open for a while did better comparatively because people knew they were open,” he said. “Some of this is just about getting people to understand that. Another movie is only going to help. God knows there is plenty of room.”

The other wide release for the weekend, the young-adult drama “Words on Bathroom Walls,” had a more subdued debut, generating $462,050 on 925 screens despite the “A” rating from audience survey company CinemaScore and overwhelmingly positive reviews.

The theater business has been decimated by the coronavirus. AMC, the nation’s largest circuit, lost $561 million during its second quarter this year with revenue down 99 percent due to the virus. The chain reopened a portion of its 630 theaters this weekend for the first time.

Many of Hollywood’s largest films, including the next installment of James Bond and the ninth iteration of the “Fast And Furious” franchise, have exited the 2020 calendar completely, while others, like Disney’s “Mulan,” are moving straight to streaming services. Analysts are counting on additional theaters opening in the coming months to bolster the releases, including “Wonder Woman” on Oct. 2 and Marvel Studios’ “Black Widow” on Nov. 6.

“Our belief in the long-term success of the theatrical business is unshaken,” said David A. Gross, the principal of Franchise Entertainment Research in a statement. “This weekend is the first step. The next couple of weeks will show us a lot more. The rebuilding process is going to take nine to 18 months.”